Record numbers of women are running for office and running businesses — and in Boston they are snapping up dot.boston domains to emphasize their hometown pride.

International Women’s Day dates back to 1909, when women were still a decade away from earning the right to vote. Fast forward to this year’s International Women’s Day on March 8, and women’s voices have never been louder, and they are doing a lot more than voting. They are demanding equal pay, running more businesses than ever, and running for political offices in record numbers.

The State of Women-Owned Businesses Report from American Express said there are 11.6 million women-owned businesses in the U.S. that generate more than $1.7 trillion in revenue, employ some nine million workers and comprise 40 percent of U.S. private sector firms. Meanwhile, the Center for American Women in Politics reports that 526 female challengers and incumbents have their sights set on the November midterm elections. The 11.6 million women-owned businesses in the U.S. generate more than $1.7 trillion in revenue annually.

Here in Boston, a hive of education, creativity, and innovation, women are at the forefront of the digital and workplace revolution that’s underway. One way that these women-led businesses and nonprofits are showing their commitment to the city is by acquiring the more localized, geographically friendly domain, dot.boston, rather than the traditional dot.com.

From the Back Bay to Beacon Hill, from the Seaport to West Roxbury and beyond, companies are looking to hyperlocal websites to pitch services and ideas, and it’s easy to see why. Entrepreneurs can now brand their business and their location all in a single, short web address that ties back to their city. And all that comes at a lot less cost than buying a .com domain name.

Imagine picking up domains like gallery.boston or musician.boston for a fraction of the price of a .com web address. Or buying up websites like creativity.boston, design.boston or even nonprofit.boston that identifies your location and specialty in just two words.

That concept is resonating with people like Jen Matson, owner of ArtistCrossing and co-organizer with her husband, Peter Taibi, of the Boston Arts Festival and the Beacon Hill Art Walk.

“We’re very much into promoting local art, local artists, and local musicians,” says Matson, whose company organizes art events throughout the city. “When the .boston name came up, it was perfect for what we wanted to do.” What Matson wanted to do was breath new life into Boston’s art scene through a rebranding effort that bought most of the art shows she organizes under the ArtistCrossing.boston banner.

But Matson didn’t stop there. She and her husband, who serves as her web designer and business consultant, bought five other .boston names, among them ArtFestival.boston, ArtsFestival.boston, TheArtsFestival.boston, MusicFestival.boston, and ArtEvents.Boston. Some of those addresses will be used to support the non-profit Boston Arts Festival. Others will be developed to help the artists and musicians that they serve, Taibi says.

It’s not just arts organizations that have picked up on the hyper-local trend. Abbey Doyno, managing director of Innovation Foundry, said it was important for her company to have a .boston name because the businesses it works with all have ties to the city.

Innovation Foundry, which bills itself “a social impact innovator,” works with companies that transform communities through social incentives. For its web image, it chose a short, impactful address that not only made the company more visible, but spotlighted the community it serves. “We really wanted to highlight our Boston focus,” Doyno says of the firm’s new Foundry.boston web address. “.boston stands out. It’s unique and resonates with our mission.”

Carolyn Kim, founder of The Good Ones, an event-hosting company that works with startups and other businesses, opted for TryMe.boston to highlight the firm’s commitment to brand awareness.

“It brings community support into trying these products,” she says of her new .boston web address. “It’s that strong connection with local. That’s what I liked about it. .boston is very clear. It makes it very geo-specific. There’s no uncertainty that this doesn’t belong to Boston.”

It wasn’t just the strong link to the city that won Kim over, however. She also recognized the trend toward niche, hyper-localized branding strategies that target specific audiences.

“Not everyone is interested in paying the premium for having your name associated with .com,” she says. “This democratizes the digital real estate a bit.”

Even non-profits like Boston Healthcare for the Homeless Program are waking up to the hyper-local trend. When the program’s Supportive Place for Observation and Treatment, or SPOT Program, founded by Dr. Jessie Gaeta, decided it wanted to target millennials as part of a fund-raising campaign, it grabbed the web address Spot.boston, paired it with a Venmo page and asked for a $5 donation to help curb opium addiction. Just weeks after launching the fundraiser, those $5 donations added up to nearly $600, says Scott Rabschnuk, managing director at Hill Holliday who helped orchestrate the campaign

Boston Healthcare for the Homeless grabbed Spot.boston to support its program for getting more observation and treatment for the homeless.

“It’s really put us on the map,” Vicki Ritterband, says of the Spot.boston web address. “It emphasizes that Boston really is one of the hubs of innovation in this crisis.”

Others, like Carolyn Kim with her TryMe.boston site, are just hoping a different domain will help improve their place on the ever-expanding digital landscape.

“It’s just one more fact that better articulates what your business is about and that you are specific to Boston,” she says. “Besides, it makes things more relevant and niche and that is more fun.”

If you’ve always wanted to own a piece of Boston, now is your chance. Visit hub.boston to find out more. 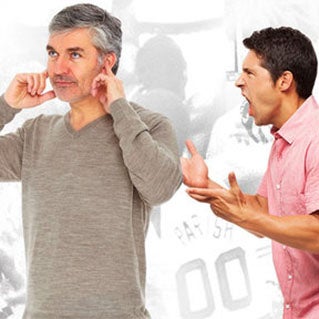 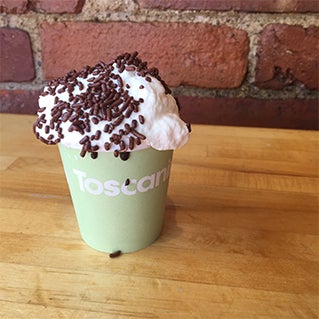