Sadie McCallum has ideas. A lot of them. In fact, they pop into her head pretty much all day long.

The 9-year-old from Weare, New Hampshire, who just finished third grade, said her ideas come so often that she scrambles to get a few thoughts down on her laptop, so she doesn’t forget one before the next one comes—like the Amazing Curb Climber. Sadie McCallum wanted a walker that could get over curbs, so she made one herself

Sadie has cerebral palsy, and while enduring a lengthy recovery from a double hip surgery at Boston Children’s Hospital during first grade, she had a lot of time to think. “I don’t get around as well as some other kids, so I rely on a walker for support,” she explained. She’s a big reader—she wants to be a librarian and an author, and, who knows, maybe an engineer—but found it was a constant struggle to get over curbs at her town library using her walker.

“I had to have my walker lifted or my whole body lifted because I couldn’t get up,” said Sadie. “So, I knew if I was going to be able to do what I wanted to do, I’d have to invent something. “I was thinking how much better it would be if my walker was an all-terrain vehicle to go over curbs. I was just sort of brain-storming the problem, but I didn’t know how to make one.”

Sadie had her sights set on her school’s Invention Convention, an annual event that’s like a science fair for inventors. Having missed it the previous two years for health and family reasons, she was determined to enter this year.

That’s where the rest of her family—parents Patrick and Miriam, brothers Jack, 16, and Harry, 11, and sister Claire, 6—stepped in.

Sadie and Claire worked as partners. Sadie sketched out a vision for the new walker. The wheels were the key. They tried different configurations and sizes. What was best, three or four? One design had claws. “We went pretty crazy with ideas,” Sadie admits. There was some trial and error. Finally, they settled on a design. Then it was time for construction: plastic for the wheelbase. Lawn mower wheels. Her dad drilled and sawed for the wheel assembly and helped build a portable testing curb, while her mother edited the Inventor’s Journal and project board for the Invention Convention. Harry loaned skateboard parts, Claire aided with assembly and demonstration, and Jack chipped in a green screen to make a video to demonstrate the walker, then helped edit it.

This was no paper mâché volcano.

“I never knew I’d be good at building things,” said Sadie. “But this let me open up my mind. I’m always thinking of things and wondering if they could be different.” Sadie poses with her favorite doll

She’s already mulling over walker upgrades (“Like turning,” she said.) and other inventions to help disabled people, such as a wheelchair with an umbrella.

But that’s not all that happened this year for Sadie.

She said she did really well in her school spelling bee. And, at Boston Children’s Hospital, where she’s been treated since being diagnosed with cerebral palsy eight years ago, Sadie had her second big surgery, this one to transfer an overactive muscle behind her knee. After much hard work in physical therapy, she stood and took the first unassisted steps of her life.

“They just looked at me when I stood up, because I had said I couldn’t do it when people asked me before. Some people cried,” she said.

Patrick said prior to the two surgeries, Sadie could barely walk with her crutches or a walker. On a good day, maybe one aisle at the grocery store at most. Now, he said, “it blows our minds” how far she has come.

The goal of physical therapy now is to build on that progress and see how far it takes Sadie, said her mother. “Two-and-a-half years ago, she was in a wheelchair. You can’t underestimate the power of small steps,” said Miriam.

On the wall of Sadie’s bedroom is a giant hand-lettered sign welcoming her home after surgery. It’s got good wishes scrawled all over it. Sadie talks with lots of people, and connects with almost everyone.

“I joke with her that she’s a gifted monologer,” said Miriam with a laugh. “Part of it is her verbal skill, which is a natural gift. She is also emotionally intelligent and really good at communicating that. She’s an old soul.

“Her attitude is better than anyone I know. Her circumstances require it. And she’s such a pragmatic, levelheaded person. Her attitude is, ‘What good does feeling sorry for myself do?’ If she could change it, she would. But she looks at things she can be grateful for.”

Deborah Lynch, enrichment coordinator for the Weare School District, has worked with Sadie throughout her three years at Center Woods Elementary. Lynch marvels at Sadie’s ideas, her writing, and her ability to communicate. But there’s more. Sadie at home with her dog

“She stands out for me for who she is—not just how smart she is, but because her core values are outstanding,” said Lynch. “Sadie is very mature and thinks of the world around her. She is constantly generating ideas and most of them are very selfless. She sees other people’s struggles as greater than her own and wants to make things better for those people.”

Added Lynch: “I believe she can do whatever she puts her mind to. There is nothing out of the realm of possibility for her. I think she will change the world.”

Orthopedic surgeon Dr. Benjamin Shore met Sadie and her parents as part of her interdisciplinary team in Boston Children’s cerebral palsy program. He has performed both surgeries to improve her mobility.

“I remember the day I met her,” said Shore. “She was six and had these bright glasses. She locked eyes with me and held the stare. Then she started to talk and held court. There were 10 doctors in the room and everyone listened to her.”

Hospitalizations and surgery are, of course, stressful and scary for many young patients. Shore said Sadie had a unique way of coping with upcoming surgery. “She was really scared but very brave,” he said. “One way she helped keep her emotions in check was to carry around a rock, a common rock. She had it with her in the bed in the preoperative area, and it came into the operating room with her. It just helped her ground herself and not get too anxious. I was impressed. I’d never met a child who had used a rock in this way before.”

Over the years, Shore has marveled at Sadie’s attitude. “Sadie’s gone through a huge amount of rehab. She and her parents committed to the challenge and everyone has always been super positive. She’s such a great patient, bright, determined—she wants to get better and works so hard at it.

“I visited her after the second surgery and she was telling me about what she was doing the next weekend. Not bragging at all, very humble, telling me about the [Invention Convention] coming up. She showed me her video. It reflects the way Sadie and her parents think about her and her cerebral palsy. They don’t let it slow her down. Nothing is going to stop her from doing what she wants to do. Really, that’s who she is,” said Shore.

It’s easy to forget Sadie’s age when she talks of her disability.

It’s summer vacation now and Sadie’s got a lot to do. Books to read, short stories to write, PT to attend three times a week, a novel to work on work about a princess named Lucy and a dragon named Little Snow Bee, and other ideas to consider. Lots and lots of ideas. 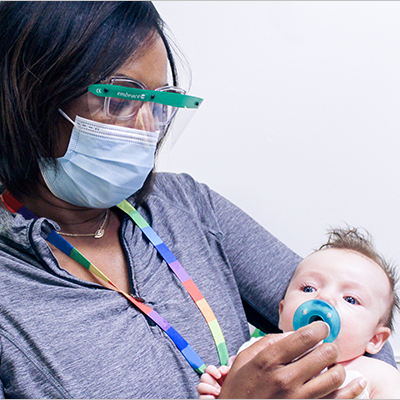 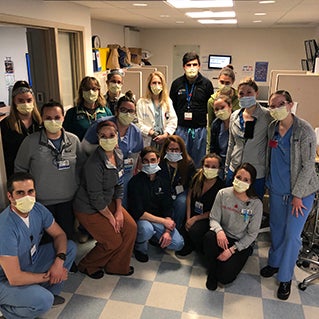