A first birthday made possible by cardiac tumor surgery

Oliver was born with a large, non-cancerous tumor, called a cardiac fibroma, inside his heart. It was so rare that only a handful of doctors in his native U.K. had ever seen one, and none were able to treat it. The tumor caused Oliver’s heart to beat dangerously fast, and his parents often had to rush him to the hospital for emergency treatment.

“They couldn’t treat the tumor in the U.K. because they didn’t have any doctors with the right expertise,” says his mom, Lydia. “They said our only option was a heart transplant, but we thought there must be another route, so we started doing our own research.” Lydia and her husband, Tim, took to the internet and found a study that said surgery was the best treatment for cardiac tumors. That led them to the story of Francesca, a little girl in the U.S. whose large cardiac tumor had been successfully removed at Boston Children’s Hospital.

They decided to send Oliver’s records to the doctors at Boston Children’s who had helped Francesca, Dr. Pedro del Nido and Dr. Tal Geva. When they wrote back saying Oliver was a good candidate for surgery, the Camerons were overjoyed, but cautious.

“We had loads of questions because the doctors at home had filled us with such fear about removing the tumor. They were so certain it couldn’t be done,” says Tim. “But when we spoke to Dr. del Nido, he was confident he could remove it. That put us at ease and confirmed our decision.”

With hope on the horizon, the Camerons were faced with a new challenge: paying for Oliver’s treatment in the United States.

“Oliver’s cardiologist in England spent hours of his own time trying to get Oliver to Boston—he kept applying and reapplying for the National Health Service to cover the surgery in the U.S., but with no luck,” says Lydia. “So, we started our own fundraising campaign, because we had no other way to get him there.” Good news from the home front

The Camerons had raised most of the money when they got word that the National Health Service would pay for Oliver’s treatment in Boston after all, having confirmed there was no comparable treatment available in the U.K. They would also send two cardiologists and a cardiac surgeon to learn about Boston Children’s approach, and whether it might be possible to offer the surgery back home in the future. It was official: after months of uncertainty, Oliver would travel to Boston to get the care he needed.

“Dr. del Nido warned us that they may not be able to remove the entire tumor because it was so large, but that he would remove as much as possible,” says Lydia. “So when they told us he had removed all of it, we were so happy we just burst into tears.”

The tumor was one of the largest the doctors had ever seen. “It filled the majority of Dr. del Nido’s hand,” says Tim.

Looking forward to a normal life Oliver recovered more quickly than expected and was given clearance to head back home to England the week before Christmas—and a few weeks before his first birthday.“Having him home was the best present ever,” says Lydia.

Before leaving Boston, the Camerons had a chance to meet Francesca and her mom, Michelle. They’ve been in touch since reading her story and had exchanged many emails. Michelle and an online group of parents of children with cardiac tumors were a huge source of support for Tim and Lydia throughout their journey.

“This experience has shown us how much good there is in the world,” says Lydia. “So many people supported us along the way, from near and far. And without Dr. Geva and Dr. del Nido, we would have lost Oliver. Miracles do happen—and we are grateful to be celebrating ours.” 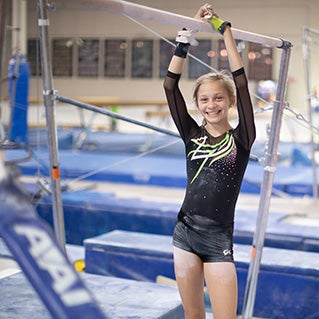 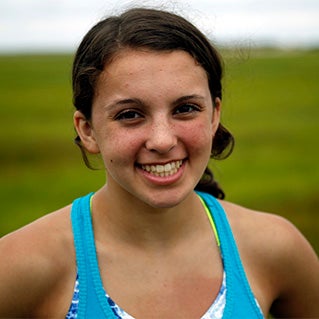 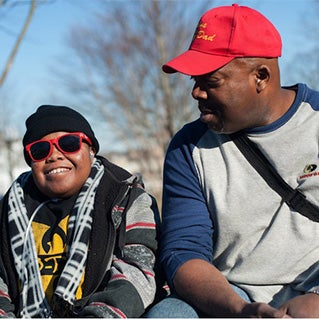