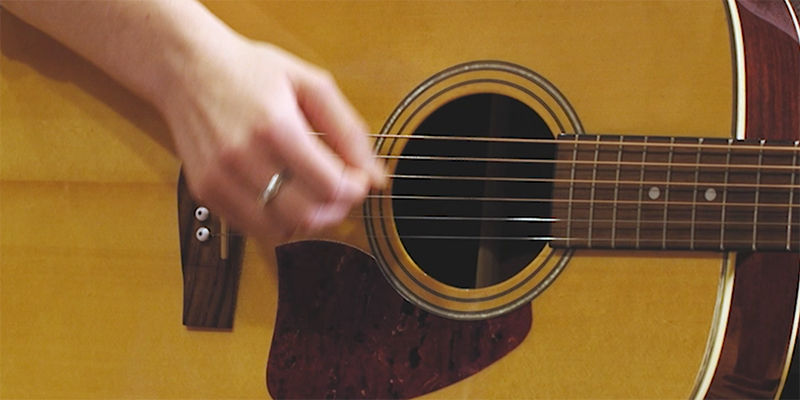 In a soundproof studio on the campus of Berklee College of Music, Tom Geraci, a 14-year-old boy with autism who is legally blind, sits next to Michi Tassey, a 22-year-old graduate of Berklee’s music therapy program. They’re seated in front of a grand piano—a lyrics sheet in his hands, a guitar in her lap—practicing an original song Tom wrote himself.

In this moment, disabilities disappear and they speak the same language, one whose nouns and verbs become clefs and consonance.

“You like that?” says Michi, hints of surprise and delight in her voice.

“Yeah, because it’s true. It set me free from my emotional cage.”

Even while practicing, Tom puts his entire soul into every word. Music for Tom is more than an interest; it’s the therapy that’s gotten him through his most challenging times.

“Alright, are you ready to do this live?” Michi asks as she places the lyrics on a music stand.

A head start on life On November 7, 2002, Cristin and John Geraci were admitted to Brigham and Women’s Hospital in Boston much sooner than they anticipated. Two weeks later, their son, Tom, was born. He was four months premature and weighed only one pound, five ounces.

“It was a scary time,” says John. “He was so small and his skin was see-through. He had plenty of challenges early on.”

Tom needed immediate surgery, including a cardiovascular procedure and an operation to repair a hole in his intestine. He also received eye surgery to keep his retinas attached. The procedures were all successful, and, after four months in the NICU, Tom was able to go home to West Roxbury with his family in March of 2003.

“The most amazing thing was, even with all the challenges we had, when he did come home, he needed no medicine and no machines,” says Cristin. “He came home a typical baby.”

From the start, Tom needed physical therapy to develop his motor skills and early intervention therapy to keep him on track developmentally. But when Tom was age two, Cristin and John noticed behaviors that made them question what was going on in his mind. He began rearranging the letters on the refrigerator to spell words like “pizza” on pizza night and “Nantucket” on family visits to the Cape. By age three-and-a-half, he could draw a map of the United States and fill in every state on his own. Tom accompanies his dad to Take Your Child to Work Day.

“I called the doctor and said, ‘I know we’re new parents, but this just seems a little off,’” says Cristin.

Small children who have an almost innate ability to read and spell are described as having Hyperlexia. However, while Tom was advanced in these skills, over the years he began falling behind in other developmental milestones.

Specialists diagnosed Tom at a young age with a “pervasive development disorder not otherwise specified”, a condition now encompassed within the diagnosis autism spectrum disorder. It’s defined by difficulties with social interaction, communication, and restrictive and repetitive interests or behaviors. Because he’s so high functioning, Tom’s symptoms mostly overlap with what people commonly think of as Asperger syndrome.

It was around then that Tom started physical and occupational therapy at Franciscan Children’s in Brighton, which specializes in treatment and care programs for children with complex medical challenges. He practiced in the therapy pool and worked on dexterity skills, like zippers and buttons, helping him keep up with his classmates.

Toward the end of elementary school, Tom’s parents noticed he was becoming more aware that his disabilities made him different from other kids. Tom also deals with high levels of anxiety, so this realization, combined with wanting to do well at school, became stressful for him.

“He was normally this happy-go-lucky kid,” says Cristin, “but all of a sudden his personality changed and he shut down.” Tom gave a speech at a Franciscan Children’s fundraiser in 2013.

Once again, they turned to Franciscan Children’s. They sought help from its Community Based Acute Treatment Program, or CBAT, designed to provide kids with mental health challenges focused treatment to help them through specific issues.

“Children like Tom, who have anxiety, often internalize their emotions and don’t know how to handle them when they come up,” says Franciscan Children’s Chief Operating and Nursing Officer Aimee Lyons. “A stay in our CBAT program provides a therapeutic environment for kids to work on skills and behaviors that will help them better handle high-stress situations.”

Tom’s stay in the CBAT program kick-started a therapeutic process that took some time, but eventually helped him turn a corner. He became an advocate for himself and learned strategies around expressing his feelings and coping with new experiences. Tom was also transferred to a new school, one where he could study with other kids like him and have focused attention from his teachers.

“Now he feels so much more confident and proud of his achievements,” says Cristin.

And nothing makes Tom more proud than his milestones in music.

A mind for music

Tom first discovered his passion for songs and radio in the fifth grade.

“I like that music is accessible,” he says. “It’s powerful because anyone can do it, even if they’re not really good it.”

As Tom’s interest has progressed, so has his singing voice. Tom has sung in multiple choirs, including the Young Men’s Ensemble in the Boston Children’s Chorus. He’s sung the National Anthem at a Holy Cross hockey game in Worcester and, more recently, at the Boston WIFFLE Ball Challenge on Nickerson Field. Tom and his mentor Gino Devaney at the Magic 104.1 station in New Hampshire.

“From the very start, when he had little self-confidence, one of the few aspects of his life that he could always feel confident in was his music,” says Shoshana Fagen, a clinical psychologist at Franciscan Children’s who’s worked one-on-one with Tom for three years.

Tom also admires music for its power to bring people together; especially considering it helped him meet his mentor, Gino Devaney of New Hampshire’s Magic 104 station. “What was most impressive about Tom was when I first met him, I think he knew more than I did, and I work in broadcast radio,” Devaney says with a laugh.

Tom and Gino talk weekly about song placement, chart movement, and the latest artists to hit the airwaves. “Nowadays, Tom’s much more social when we talk,” he says. “He used to get right to the point about all things radio, but now we talk like friends.”

The power of pop

No longer does Tom define himself as an individual with autism; now he sees himself as someone who happens to have autism, but also has the capacity—and curiosity—to explore ideas and perspectives he never considered before.

Recently, Tom’s love of pop music has helped him make a major breakthrough. People with autism tend to take things people say very literally, which can sometimes cause stress or confusion. “When a parent says to a child ‘in one minute’ most kids know that means about five minutes,” says Dr. Fagen. “For a child who’s a concrete thinker, like many children with autism, they are expecting exactly sixty seconds.”

And after years of studying and memorizing so many pop lyrics, Tom now enjoys writing his own songs. On a spring afternoon in a music therapy room at Franciscan Children’s, Tom and Michi get to know each other. Over the next two months, these two will write, compose, and perform their own original song, but for now, they talk about the future of self-driving cars, Tom’s passion for radio programming, his radio station visits and mentorship with Gino, and his vocal training.

Tom writes his lyrics over the next few weeks. Thanks to help from his mom, Tom returns to Franciscan Children’s with a full song, complete with three verses, a chorus, and a bridge. When reunited, he and Michi immediately get to work.

In helping him craft a melody, Michi recommends ways for the verses to flow better. Tom is impressed, but can’t resist a little playfulness.

“Once again, another genius move by Michi,” he says after hearing one of her suggestions. “No surprise you got accepted into Berklee.”

Michi chooses to play the guitar over the piano before the two begin practicing the new lyrics. With all his vocal training, Tom knows how to best make his voice shine. “I like to stay around middle C,” Tom says. “That’s where my tessitura is.”

“Ah, yes, your tessitura,” replies Dr. Fagen, who watches from one side of the room. “I have no idea what that means.”

With the lyrics and melody perfected and a few practice runs under their belt, Tom and Michi officially have a song. It’s missing only one final touch.

“Do you have a name for your song yet, Tom?” asks Michi.

“I think I’ll name it, ‘I’ll Be Strong.’ That definitely sums up my life.”

Listen to the full version of “I’ll Be Strong” here.

To learn more about children like Tom and the services that Franciscan Children’s provides, please visit franciscanchildrens.org.

Thank you for signing our guestbook! 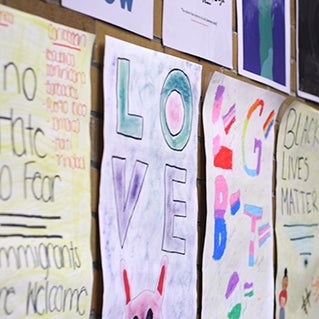 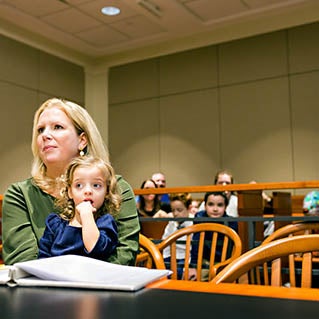 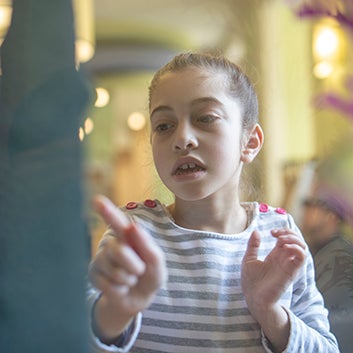