Boston’s health care innovators show there is power in community

As entrepreneurs rethink what health care means, increasingly they are focusing on collaboration and community. Four years ago, Donato Tramuto, chairman and founder of Health eVillages, was walking through a hospital in Haiti when he heard a piercing scream. A nurse told him they were resetting a young boy’s leg without pain medication. “I asked why, and she said that there’s no protocol for pain medication,” he remembers. “No one should have to go through that experience.”

At the time doctors in Haiti were still rebuilding from the island’s 2010 earthquake, often working without access to necessary databases and protocols.

Tramuto wanted to fix that. He founded Boston-based nonprofit Health eVillages to deliver information technology to doctors working in Haiti and across the world. Through Health eVillages’ network, doctors can consult with colleagues anywhere, share patient information, and look up such crucial data as the protocols on pain management for young patients.

Today, Health eVillages has taken this concept to 11 different countries in North America and Africa, including remote areas of the United States. The nonprofit has helped local physicians with everything from diagnosing skin disease in the wake of an oil spill to reducing infant mortality rates in Kenya, but the principal is always the same: to connect, to create, and to build better health care by building a global community.

Health eVillages is just one example of the Boston-area disruptors improving health through collaboration, community, and adapting innovations for groups who previously didn’t benefit from them.

The power of community

Health in the United States has traditionally been treated as an individual, if not intensely private, matter. The culture considers even basic matters such as diet and exercise taboo subjects, and most Americans will only reluctantly admit when they need help with their health.

A growing hub of Boston area businesses and nonprofits has begun trying to change this perception. Instead of dealing with health care on an individual level, they are building communities that cultivate health and wellness. In some cases, like with the tablets and wireless connections that build Health eVillages’ telemedicine network, they are taking advantage of modern technology to reach previously isolated groups. Other startups build their communities the old fashioned way, creating a space where people can interact, be themselves, and encourage each other. At Mission Hill based Trillfit, founder Heather White has found this to be a powerful message. White started her career in marketing, and moved to Boston for a new job in that field. “I was excited because I had a corporate membership to an extremely nice gym, and I was extremely excited to start going there,” she says. “But when I did, I realized, ‘the only Black folks here are cleaning the floors.’”

Trillfit began as a reaction to that moment. White wanted to build a space for people of all races and body types. She wanted a space in which everyone could gather, where they could see themselves reflected in their partners and trainers.

“I think the biggest thing that we offer that’s different is that our entire programming, what we stand for and what we look like, is so different from what you see in fitness broadly,” says White. “For us to see Black women being Black, being unapologetically Black, in a very white industry … that is a statement.” For White, building community is about empowering people to feel good about themselves and their bodies. It’s about understanding that for people to work out and get healthy, they need more than a rack of weights and some techno music. They need a community that makes them feel comfortable enough to do the hard work.

Expanding this message and the Trillfit community beyond their physical studio through social media has always been a part of White’s mission, but in recent months the studio has deepened its available online content by launching Trillfit at Home. The collection of workout videos and live classes allows those missing the studio because of COVID-19, and those who were never able to get to Trillfit in person, to keep sweating. Where technology may be at the edges of White’s mission, it is at the heart of Somerville-based Rendever, a virtual reality company built around the reality of loneliness. So common that few, if any, doctors actively try to treat it, loneliness and the lack of a community has been linked to heart disease, mental decline, and clinical depression. In fact, says Rendever founder Kyle Rand, loneliness among senior citizens can have the same consequences as smoking 15 cigarettes per day.

That, Rand says, is what the company is trying to fight.

The company works with senior citizens exclusively, primarily through group facilities and hospitals, providing them with VR headsets that can allow participants to share a wide range of experiences. From marching in the victory parade for the Super Bowl champion New England Patriots to taking a hot air balloon ride or even visiting their childhood homes, seniors can both see new things and share those experiences with others. “It’s easy to get someone to laugh when an animal comes up and bops them on the nose, and there’s something nice about laughing together. And when you can get someone to share something from their past, that’s the true magic,” Rand says.

Bonding over a shared memory, asking questions about a new experience, or just having a point of conversation can help seniors build the connections that dismantle loneliness. This is innovative technology helping to bridge the gap between people and build community to push back on the negative health effects of social isolation. While Trillfit and Rendever use community and technology to encourage health for their members, Health eVillages uses them to create its global network of caregivers.

Modern medicine relies on collaboration. For doctors in underserved areas, such as rural communities in Haiti, Kenya, and South Sudan, where Health eVillages works, this is particularly true. There, access to the information and diagnostic tools often common in major hospitals can save lives.

“Look at India. India with a population of 1.2 billion people, there are 700,000 physicians. We have that for a population of 300 million Americans,” says Tramuto. “You can’t educate enough physicians to address that problem.”

Instead of trying to build new infrastructure from scratch, Tramuto says, his organization tries to bring doctors and information together from around the world. This community of caregivers can help expand effective, empathetic medicine around the world one village at a time. Where a patient lives, Tramuto says, often has more to do with health outcomes than their genetic code. It has been this way for generations, but with the help of modern technology it doesn’t have to be that way today. For Boston’s health care innovators, community is at the heart of medicine and physical wellness. Bringing people together can help to slow the hardships of aging. It can make memory sharper. It can help people feel comfortable enough to be vulnerable and sweat hard. And it can connect doctors across land and oceans to give patients in isolated communities a fighting chance.

Watch the Globe’s Power of Community in Health Care virtual event, where these innovators discuss how their businesses help make people healthier by bringing them together. 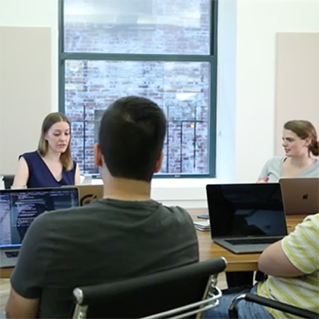 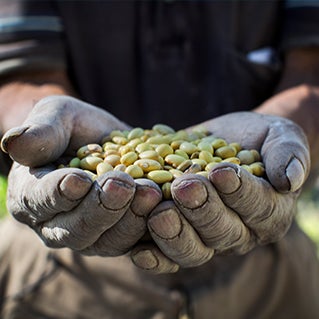 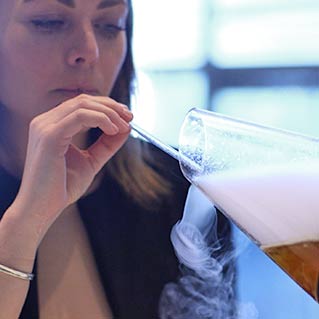 Palate pioneers: How innovation drives the curious and creative menu at Cafe ArtScience

How innovation drives the curious and creative menu at Cafe ArtScience