You can either sweat the competition. Or capitalize on it. Just ask Chris Johnson.

There was a moment when Johnson surveyed all the innovations in fitness and health technology being worn by professional athletes and weekend warriors alike—the wearable devices, the watches, the apps, the scales, the scanners, the software, the biofeedback machines—and saw serious threats to his fitness business.

But rather than throw in the towel, he realized the world of wearable technology opened a new world of possibilities for him. It could equip him with a vast array of tools to better serve, educate, and improve the performance of his clients.

“The biggest effect has been that I don’t always need to be with my clients and I can do a better job in evaluating how they’re doing,” says Johnson, the co-founder of Boston Strength and Conditioning, LLC, who also runs his own sports and fitness business in Newton. “With the wearable feedback devices I can see their workouts online, chart their progress, and give them my professional feedback from my computer. It gives me options I never had before, and I can take on more clients as a result.” His growth is not surprising. Industry analysts forecast that 125 million wearable devices will be shipped in 2017, an increase from 104 million in 2016. Devices that used to be oddly shaped and clunky, worn only by competitive athletes, have morphed into stylish, everyday pieces worn by casual joggers and stroller-pushing parents who just want to track their daily steps and sleep.

But here’s the thing about wearable technology today: In addition to ushering in a new era in sports and fitness, it’s impacting another enormous industry: health insurance. The more data these devices collect, and as questions are addressed about whether health insurers should have access to that data, the bigger role devices will play in how individual and group health insurance plans are calculated.

Johnson, who wears an $800 Garmin Sapphire GPS-enabled watch that can map his location, display fitness schedules and results, connect to his personal computer, and give him readouts on everything from pulse, altitude, and barometric pressure, is a convert to technology. But he warns it can be overused and misunderstood.

“Some people will get lost in the data and the science and lose sight of what they’re really trying to accomplish,” he said. “It should be used to make the training more effective and efficient. But it’s not a replacement for actually doing it.”

The jungle of consumer fitness devices is growing more dense by the day. By one estimate there are more than 300 wearable fitness devices on the market. Adidas introduced the first shoe integrated with technology to measure how a runner was performing back in 1984. Now, along with the wrist-worn FitBits, Misfits, Whoops, Moovs, TomToms, and others, there are smart socks, digital shoe inserts, rings, smart bras, compression shirts, tank tops, leggings, and shorts featuring biometric-tracking sensors.

Want a bathroom that measures your weight, body composition, BMI index, and even pulse wave velocity (the speed of the blood wave as it moves through the body)? No problem. There is a reason wearable devices have become a favorite gift for employers to give employees. Healthier employees mean lower healthcare costs. And there are now apps and devices for just about any activity, including tennis, golf, skiing, and swimming.

Eric Jermyn, president of employee benefits at Cross Insurance, an independent insurance broker representing clients in the health insurance marketplace across New England, said the real impact from wearables will be with people who have chronic conditions.

That would be a huge cost savings to employers. “If you can move people from the unhealthy category to moderately healthy to the healthy category,” he said.

But even as the industry grows, there is debate of how useful or well-used the equipment really is. Many, if not most, simply record one’s steps, heart rate, and maybe blood/oxygen levels. And you still have to understand what the data are telling you. “Technology gets in the way if we think technology is perfect,” says Terrence Mahon, a high-performance coach for elite runners at the Boston Athletic Association. “Heart rate is a good thing to monitor but it can vary from day to day according to weather and other factors.”

Step counters and electronic reminders can create some level of accountability for consumers to “get off their butt,” Mahon said.

But if the data has to be professionally analyzed, is it worth it?

“The more data I have to work with, the better I can adjust their training regimen to take advantage of what the data tell us,” he said of the runners he works with. “I can really define exactly where the strengths and weaknesses lie—the power side, the endurance side, or the lactate capacity side so we can fine-tune all leaks.”

Both Johnson and Mahon point to training and injury recovery technology as the newest wave in the field.

Mahon singles out Normatec, a Newton company that offers compression devices to help squeeze out soreness and improve circulation after workouts or injury. Developed by a physician to help heart patients recover, the company says its devices are in wide use by athletes in all sports.

Johnson mentioned the budding cryotherapy business, such as Frost and Float Spa, also in Newton, that touts the health, recovery, and performance benefits of submerging oneself in liquid nitrogen, floating in an isolated pool saturated with pure Epsom salt, and sweating out toxins in an infrared sauna.

If that feels overboard, there’s always the one trend that’s already gone mainstream at work: Stand-up desks and treadmill workstations.

“It creates a healthier atmosphere,” said Jermyn, from Cross Insurance. “If you do it right, it creates a group engagement around wellness—a level of competition that’s healthy.” 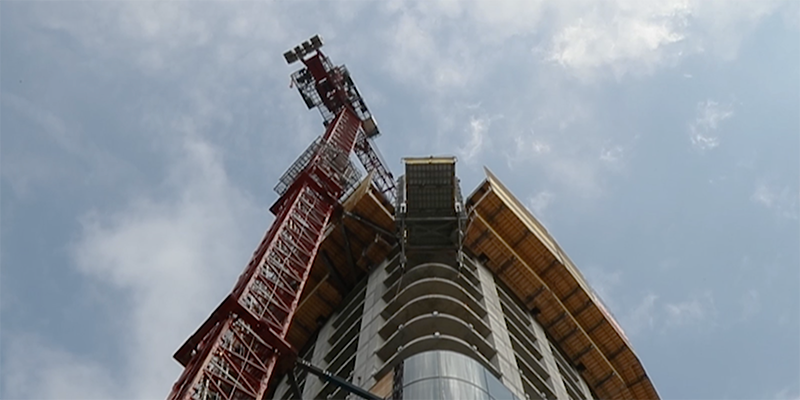