From including more women in research to improving cancer screenings, these advances in health care have improved — and extended — the lives of countless women.

In 1984, a woman living in the United States could expect to live an average of 78 years. Today, that number has increased to 80.5 years, and it is expected to rise to nearly 84 in the next decade.

Women’s lifespans are increasing in part because of significant advances in preventing, diagnosing, and treating some of the major medical conditions that commonly affect women. For example, thanks to earlier detection, increased awareness, better screening, and innovations in medical treatment, deaths from breast cancer fell by more than 40% between 1989 and 2018, according to the American Cancer Society.

In honor of Women’s History Month, here are some major advances in women’s health that are worth celebrating. In the past, women were often excluded from research studies because of the belief that their menstrual cycles would confuse the results. “Research was often done on men and applied to women,” says Dr. Karen Freund, physician-in-chief at Tufts Medical Center.

That began changing with the founding of the federal Office of Research on Women’s Health in 1990. ORWH, which is part of the National Institutes of Health, was established because “clinical decisions were being made about health care for women based solely on findings from studies of men, without any evidence that they were applicable to women,” according to their website.

“Now, all research that is funded by our tax dollars must include women or must have a justification for not including women,” Freund says.

Breast cancer is the most common type of cancer in women. Breast cancer screenings help doctors discover cancer earlier, when it is easier to treat or even cure. A screening tool that many women are familiar with is the mammogram.

Mammography has improved recently with the development of the three-dimensional (3-D) mammogram, which creates a more detailed image of a woman’s breast than a standard two-dimensional mammogram. 3-D mammograms appear to find more breast cancers than standard mammograms, according to the American Cancer Society. They may also be more effective for women with dense breasts. “Genetic testing can allow a woman to get more information about her personal risk of developing breast cancer,” says Dr. Sara M. Tolaney, associate director of the Susan F. Smith Center for Women’s Cancers at Dana-Farber Cancer Institute. “If a genetic mutation is found, it is important to consider genetic counseling to help develop an individualized approach.”

Breast cancer treatment has also advanced with the development of new therapies such as targeted drugs that attack specific types of cancer cells, antibody-drug conjugates that battle cancer cells while trying to spare healthy ones, and immunotherapy, which uses a patient’s own immune system to fight cancer.

“We are moving towards developing a more personalized therapy plan for patients, where we can look at a patient’s individual tumor genomics and protein expression, and better understand which therapies may work best for that patient,” Tolaney says.

Cancer of the cervix was once one of the top cancer killers of women. But cervical cancer cases and deaths have fallen dramatically with the development of the Pap test, which can find changes in cervical cells before they become cancerous, as well as testing and vaccination for human papillomavirus (HPV), a virus that can cause cervical cancer.

Thanks to screening and vaccines, as many as 93% of cervical cancers can now be prevented, according to the Centers for Disease Control and Prevention. As researchers began looking more closely at women in medical studies, they uncovered a crucial finding about heart disease: It can look different in women than it does in men. Gaining a better understanding of heart disease in women is important because heart disease is the number-one killer of women in the United States.

“Physicians often missed early signs of heart disease in women because they presented differently than [in] men,” Freund says.

When a woman is having a heart attack, for example, she is much less likely than a man to experience typical chest pressure. Instead, a woman may have jaw pain, shortness of breath, dizziness, abdominal pain or pressure, fainting, or fatigue, according to the American Heart Association. Before this difference was understood, emergency-department doctors too often turned away women having heart attacks because the women weren’t experiencing chest pain.

Researchers have also discovered that women tend to develop cardiovascular disease in the smaller blood vessels in the heart, whereas men tend to get it in larger blood vessels. Understanding this difference has led to shifts in treatment for women. For example, instead of receiving stents and bypass surgery, which work well for larger blood vessels, many women may do best with medication, says Freund. Although men have traditionally held far more physician and researcher positions in the past, women are making inroads in both areas.

For the past few years, more women than men have applied to medical schools, according to the Association of American Medical Colleges. And women are starting to narrow the gender gap in medical research as well.

More clinical and research diversity helps both genders, Freund says. “If your research team is more diverse, it results in more impactful science. That’s better for everyone.”

Not all of the news on women’s health is rosy. For example, although the average lifespan is increasing for women in the United States overall, it is significantly lower (75.8 years) for Black women. When it comes to breast cancer and many other types of cancer that disproportionately affect women, death rates are higher for Black women than white women. In fact, significant health disparities between Black and white women exist throughout medicine.

What’s more, average lifespans are several years higher for women in other parts of the world, such as Europe and Asia. Health advocates hope that as the medical profession becomes more diverse and awareness increases, disparities will decrease.

If researchers continue to focus on making advances in preventing, diagnosing, and treating medical conditions that endanger women, there will be even greater advances to celebrate during future Women’s History Months.

Every generation of women has health issues that are specific to them. Visit Harvard Pilgrim’s HaPi Guide to learn more about women’s health needs at each stage of life. 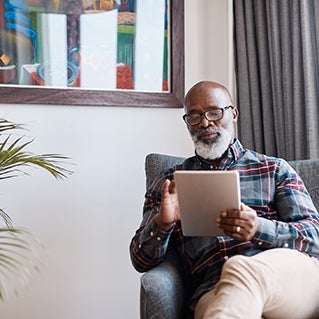 How men are finding mental health support with digital tools 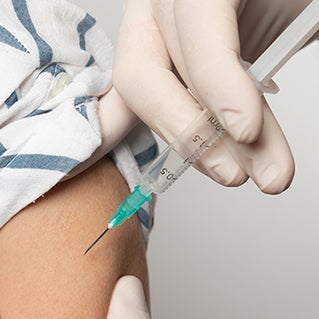 9 things to know about COVID-19 vaccine safety and development

Learn more about COVID-19 vaccine side effects, safety, and the coronavirus vaccine timeline for Massachusetts, Connecticut, Maine, and New Hampshire. 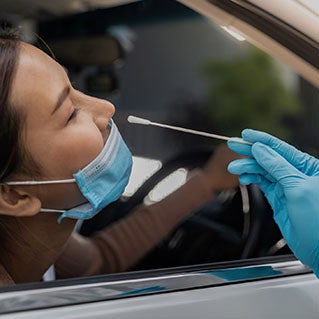