Dr. Charmain Jackman knows firsthand how difficult it can be to find a therapist of color. Her organization, InnoPsych, was birthed from her personal frustrations with that struggle in January 2019 and officially launched a year later, starting as a comprehensive national directory of therapists of color.

Dr. Jackman says she wanted to “create access” through the directory and to “make sure people have beautiful photos of therapists of color so that they could see the diversity.” Additionally, InnoPsych lets its users filter results based on location, the type of service they’re looking for, ethnicity, insurance, and specialized areas of mental health care. That includes care for chronic pain patients, LGBTQIA+ issues, racial trauma, and dozens of other options.

That attention to detail is what sets Jackman’s approach to mental health care apart, an ethos that’s known as “liberation psychology.”

“You’re seeing the client, you’re understanding who they are as they show up, their identities and their positionality,” Dr. Jackman says. “It’s really about naming those things that are causing harm and are contributing to the person’s functioning — whether it’s racism, heterosexism, transphobia.”

One way of helping clients acknowledge these harms, Dr. Jackman says, is by cutting through the “psychobabble” that’s so commonly found in wellness spaces, and instead making that context more accessible and culturally informed.

“Once I started working in the communities that look like me, I had to translate what I learned to actually fit people’s lived experiences in those communities,” Dr. Jackman explains.

Dr. Jackman gives the example of explaining racial trauma and anxiety to clients, a scenario she frequently encounters in her work. A client of hers might share with her that her son is now 15, and is starting to look like a man. The feeling of terror that the client feels every time her son leaves home, even if it’s just to go to the corner store — that’s anxiety, Dr. Jackman will explain, albeit anxiety informed by the “sociopolitical context that we’re in.”

“There are lots of narratives around what therapy is and what mental health is, and what it isn’t,” Dr. Jackman explains. Some of those narratives include the notion that mental health is made up and that therapy is a luxury for white people. But there’s also a real historical mistrust of the medical field “because of our history of our bodies being used for experiments without our full consent,” Dr. Jackman points out. That’s why breaking down those barriers to communication is so important, Dr. Jackman says.

Once I started working in the communities that look like me, I had to translate what I learned to actually fit people’s lived experiences in those communities.

These pre-established narratives also prevent BIPOC from accessing other forms of care and wellness. For example, Sidney Baptista never thought he’d be a distance runner. As a track sprinter in high school and then as a high-achieving entrepreneur, his identity was focused on going fast. But when he had a career setback and then suffered a knee injury, he didn’t know what to do. Baptista says he struggled with this sudden loss of his identity, even having panic attacks. It wasn’t until he saw another Black man distance running that he thought to himself, “I could probably do that.”

“It was something I didn’t know I could do before, ​​and something that I found a lot of discipline through, and a lot of self-exploration,” he says. “I found a lot of joy because I found myself running 15 miles and really having conversations with myself.”

“I consistently found myself just being one of a few people of color,” he says, “and I just got tired of leaving my neighborhood to go run with other people.”

That’s why Baptista founded PIONEERS Run Crew in 2017, with the aim of making distance running “cool” to communities of color while also providing a safe space for all. In other words, he hoped to overcome the narratives about running that prevent BIPOC from doing it. The Crew started with “like, four people: me and my cousin, and a bunch of Cape Verdeans,” Baptista jokes. But four years later, Baptista estimates that on any given Wednesday, about 50 or 60 people run with the Crew, with up to 80 participants in the summer and over 300 registered active members.

Like Dr. Jackman, Baptista aspires to meet people where they’re at in their journeys. “Our leadership is very diverse in terms of abilities, in terms of the way people look, in terms of background, ethnicity, speed,” Baptista says. “We’re just trying to make it so that you should be able to see yourself in our community.” PIONEERS Run Crew also offers routes of varying lengths, from one mile to five miles, “so anywhere you fall in there, you will feel like you can potentially conquer something,” Baptista says. Though Baptista may be the founder of PIONEERS Run Crew, he says the mission extends far beyond him. In fact, the most personally fulfilling moment he’s experienced was at a community-organized pride event on Dudley Street in Roxbury this past year.

“I just sat there and listened to them tell everyone why they love what we have and why they feel welcome,” he says. “It was just so gratifying to see people who’ve taken ownership of this community, and who felt welcomed enough to put this event together and talk about why it’s important, and I didn’t have to say anything.”

That devotion to community over any notion of individual expertise is also what drives Dr. Jackman in her practice, and what she says works best for communities of color.

“I work to develop a collaborative relationship with my clients, and with the families that I work with,” Dr. Jackman says. “It’s not about me doing something to you, it’s us working together to see how we can build support.”

“I think being able to have those conversations with people and actually then follow through with that starts to wash away people’s perceptions of what therapy is,” Dr. Jackman continues. “There are resources out there to help so that you don’t have to live in silence, shame, or suffering, and that’s what we want to do. We want to just help communities heal.”

Harvard Pilgrim Health Care and Tufts Health Plan, as part of Point32Health, are committed to enhancing access to equitable care — physical and mental —  for all their members, and for communities throughout New England. Learn more about Point32Health; or, if you’re a current member of either plan interested in accessing mental health support, choose your current carrier: 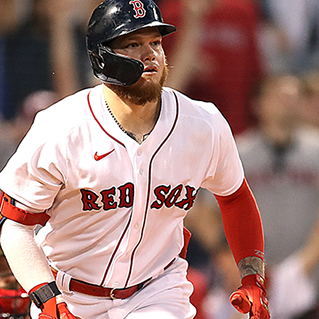 For these athletes, better mental health takes practice, too 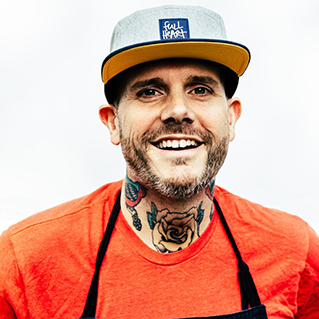 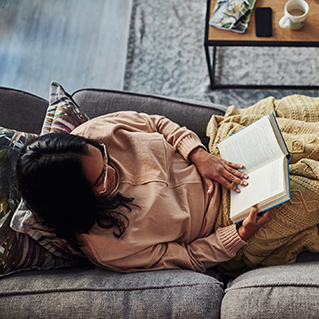