Dayle’s letter: “Before this, my mother was a relatively healthy woman…”

The morning of October 30, 2005 started like any other day. I woke up and had my morning coffee, not yet aware that the phone call I was about to receive would change my life forever.

My dad called my sister and me with news that our maternal grandmother was in the hospital and our mother was stuck in bed. We immediately headed home and found mom suffering from flu-like symptoms, unable to move or do much at all. We knew it was time to take her to the hospital, where she was admitted immediately for dehydration and swelling of the stomach. After running several tests, medical staff diagnosed her with something called Clostridium difficile, or C. difficile, which was something we’d never even heard of before.

Once our mother was settled and resting in a room, we went home, feeling better knowing she was receiving treatment—but unaware of the hard road that still lay ahead.

The next day, we learned my grandmother had passed. The doctors said her C. difficile had returned, causing an intestinal infection. We visited our mother, who looked better and was now able to sit up and talk, but the loss of our grandmother took a toll on her. During that week, despite receiving antibiotics and all the best efforts of the medical team, my mother’s condition worsened. Since her stomach was swollen, it pushed on her diaphragm and made breathing difficult. She was moved to the ICU and eventually placed on a ventilator.

My mother died on December 23, 2005, seven weeks after she was originally diagnosed. She was only 55 years old. Before this, my mother was a relatively healthy woman, so how could this “C. difficile infection” claim her life and my grandmother’s in such a short time? The fact that my mom never got to meet my husband, see my sister or me get married, or know her grandchildren still breaks my heart.

As time passes, I meet more and more people affected by this infection—and not just once or twice, but multiple times. I joined the C. Diff Foundation in 2016 to assist in the education and prevention of C. difficile. I felt if my family and I knew more when my grandmother was diagnosed, my mother might never have gotten sick. From a treatment standpoint, current medications to fight the infection are very expensive and take a toll on your body, both physically and mentally. Your current search for further innovations to fight this disease from all fronts is not only noble, but necessary—and would help spare others from the pain and suffering my family has endured. 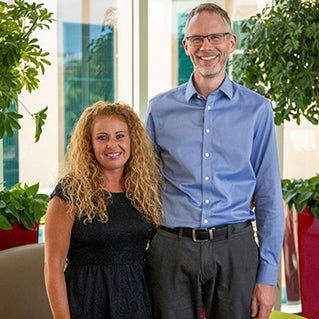 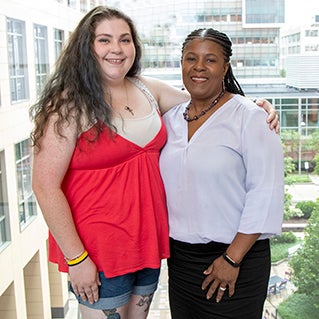 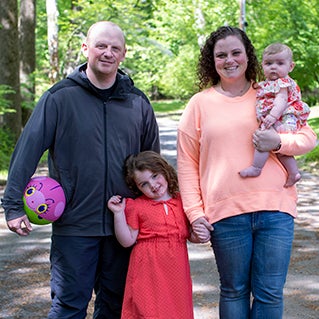