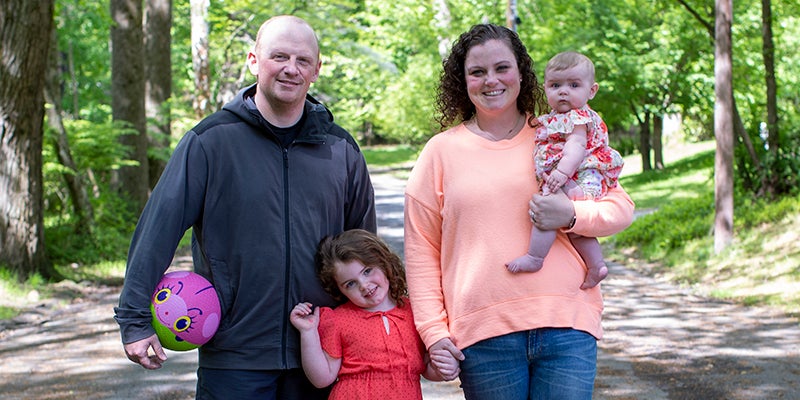 Erin and David Harris, from Tappan, NY, knew their second daughter, Emma, was going to be born during the peak of flu season, so they took every precaution to ensure she remained healthy after entering the world.

Luckily, the couple was armed with knowledge and experience from raising their elder daughter, Katie, who at six months old contracted a mild bout of RSV. The leading cause of bronchiolitis and viral pneumonia in children under one year of age, RSV is responsible for nearly 16 times more infant hospitalizations than influenza. In more severe cases, RSV disease can lead to fatal respiratory distress.

When Emma was born three years after Katie, the Harrises felt ready to shield her from the season. But shortly after bringing her home, the Harris’s detected the familiar symptoms and quickly learned how life-threatening a severe case of RSV could be.

The little bull that could

The first signs of Emma’s illness came when she was only eight days old. First, she seemed lethargic, sleeping more than seemed right. She was also eating very little, losing two pounds—a quarter of her body weight—in two days. Then, the coughing started.

“Babies that young are not supposed to cough like that,” David says, describing it as “a deep, settled-in-the-chest, mucus-rich cough.” On high alert for any possible signs of illness, the couple took baby Emma to the doctor first thing in the morning. Emma Harris, 10 days old, swaddled during her overnight stay in the ER

At the pediatrician’s office, Emma’s doctor swabbed her tiny cheek for the RSV test. When the results came back positive, “that’s when everyone hit the ground running,” says Erin. The Harris’s were rushed to the pediatric ER, where doctors, nurses, and pediatricians were there immediately to help, attaching monitors to keep tabs on Emma’s oxygen levels and doing regular feedings to help her gain weight. After hours of close watch, the pediatrician told Erin and David that Emma should stay in the hospital overnight.

They were brought to their own room, one where every visitor—doctors and nurses included—had to gown up and scrub down before entering to prevent any outside contamination.

“Through all of this, we were being given a quick education on how serious RSV can get,” Erin says. “Our previous bout with it just seemed like a bad cold, and we never realized how serious it could have gotten with Katie, but here we were learning where every tube was, where the suction would come, all that.”

After 24 long hours of watching Emma receive consistent feedings, suctionings, and monitorings, the Harrises were told they could take her home, with the promise to remain in constant contact in case things should get worse. But they didn’t, and little Emma is now a happy, chunky, squealing five-month-old infant.

“She was our little bull through it all,” Erin says. “She amazed everyone with how strong she was.” The Harris family—David, Emma, Katie, and Erin—on vacation in Alaska.

A discovery a half-century in the making Stories like this are being told far too often for Kena Swanson’s liking. As a scientist working at Pfizer’s campus in Pearl River, NY, Swanson has devoted years to studying RSV and working with her team to discover ways to prevent what happened to baby Emma from happening to other children.

With a background in immunology, Swanson has built her career on combating biological pathogens, or things that cause disease. “There’s a constantly changing dynamic between the host—meaning us—and the pathogens that our bodies are trying to battle against,” Swanson says. “The goal of immunology research essentially comes down to, how can we make it so the host wins 100 percent of the time?”

In 2009, Swanson was recruited by Pfizer to work on both viral and bacterial vaccine programs, both of which “had the core mission of trying to understand the right composition of a vaccine that will elicit a desired immune response,” according to Swanson. This mission helped Swanson seamlessly transition her research to focus exclusively on creating a vaccine for RSV.

After nearly 60 years of working to combat RSV, the scientific community was led to a breakthrough in 2013 that has scientists, including Swanson, excited about the potential to create a RSV vaccine. Essentially, this discovery uncovered the structure of a protein on the surface of the RSV pathogen. Knowing this now allows scientists to use structure-guided vaccine design to keep this protein in its more immunogenic form, with the goal of creating a vaccine to prevent RSV disease.

A conversation, with a surprise guest

On a sunny day in mid-May, Swanson waits for Erin Harris at Pfizer headquarters, excited to share these developments and more. The two have planned a sit-down to share their respective experiences with RSV, but when Harris arrives, she surprises Swanson with a special guest: baby Emma, topped with a tiny bow. “This is so great!” Swanson says, laughing as Harris smiles and Emma squeals and bounces in her mother’s arms.

Prior to this meeting, Harris wrote Swanson an honest, heartfelt letter describing what it was like when Emma had RSV. After catching Swanson up on the specifics of Emma’s diagnosis and stay at the hospital, Harris mentions how lucky she felt having prior (albeit limited) knowledge of RSV from when Katie was diagnosed. “So few people we’ve encountered really know what RSV is, so we’re doing our best to act as advocates so more parents know to be on the alert about signs and symptoms,” Harris says.

Swanson understands the importance of education and awareness when it comes to RSV. If all goes according to plan, and Pfizer’s RSV vaccine achieves the goal of RSV disease prevention, mothers like Harris will no longer have to worry about RSV. According to Swanson, the maternal RSV vaccine candidate is now in a Phase 3 clinical trial with human volunteers. “What we’re trying to do,” Swanson says, “is put the good form of a recently characterized protein—one that people naturally form an immune response against—into the vaccine in order to increase a mother’s levels of antibodies while she’s pregnant so that they can pass to the baby before it’s born. That way, once a newborn enters the world, they’re already armed with protective antibodies to fight against RSV.”

This—like the squeals and giggles let out by Emma throughout the conversation—is music to Harris’s ears. Knowing firsthand the stress, anxiety, and fear a severe RSV diagnosis can cause means Harris understands the impact that completing and distributing this vaccine for widespread use could have.

“It was so hard sitting in the hospital thinking, ‘Is there anything I could have done to prevent this?’,” Harris says, “but knowing that you’re all working toward something that will hopefully have fewer parents asking that question while watching tubes and monitors be attached to their child is indescribable.”

At this, baby Emma lets out a joyous screech. She seems to agree. 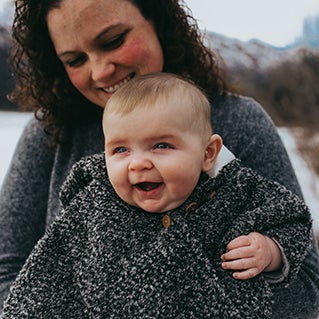 The Harris’s letter: “We were scared to death for our little baby, so new to the world.” 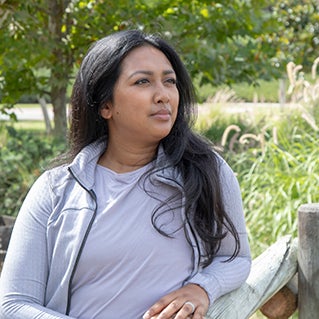 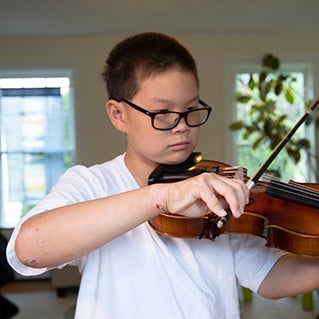