These steps can help the world reach a low-carbon future.

For decades warnings about climate change have said that humans need to lower how much carbon dioxide goes into the atmosphere. Now, the goal is net zero.

The idea of net zero is to limit how much the Earth warms to under 2 degrees Celsius. If this isn’t achieved, Earth’s systems may be disrupted to the point that the effects of climate change would be beyond control. 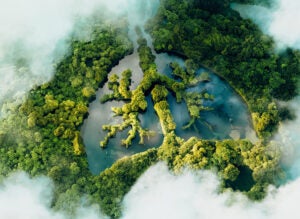 To meet this goal, net zero emissions needs to be achieved by the middle of the century, according to Ed Rubin, professor emeritus of environmental engineering at Carnegie Mellon University. “That doesn’t mean that we have to stop making carbon dioxide and turn everything off. But if we continue to emit carbon dioxide, we have to identify ways of taking it out of the air.”

Many companies and governments have committed to reaching net zero by 2050 as part of the United Nations Race to Zero campaign. “On paper, it looks plausible,” says Rubin. “In reality, it’s obviously more difficult.”

Net zero requires significant changes to industry, policy, and daily life. The use of fossil fuels will need to be reduced dramatically. Systems will need to be created to remove carbon from the air, capture it when it’s made, and store it deep underground.

Reaching net zero by 2050 may resemble a second industrial revolution, with more physical infrastructure and spending than ever. America’s energy workforce could transform with significant shifts in jobs and regional economies, and there would be substantial changes to how land is used.

Today, fossil fuels supply 80% of energy and more than 60% of electricity. While replacing this power source may seem almost impossible, there are a number of ways to achieve this by 2050.

The necessities for a net zero future

One essential change for a net zero 2050 is the replacement of fossil fuels with electricity and increased energy efficiency. Next-generation battery technology that charges and discharges faster and costs less will also be necessary.

As the population and energy needs grow, people will likely be using double to quadruple current electricity levels in 2050. To meet increased demand, the energy grid must be expanded and must incorporate sustainable and renewable energies.

Current renewable energy options include renewable solar and wind power. “A lot of areas that are most suitable for wind and solar happen to be areas where there aren’t many people,” Rubin says. Building a grid that can ship this energy around the country will be needed.

Using renewables alongside new technologies, like net-negative carbon biofuels created from sustainability-grown biomass, could help to reach net zero. While the crops for biomass grow, they suck carbon out of the air. Using these crops to make energy and capture the carbon created in the process makes biofuel net-negative emission fuel, meaning the process removes more carbon from the atmosphere than it releases.

This technology will create a significant new bioenergy industry. Hundreds of facilities making at least 620 million tonnes of fuel annually will be necessary to meet net zero in 2050.

The role of carbon removal technologies

“We’ve recognized now that we are past the point where carbon capture alone can deliver that carbon target,” says Peter Psarras, an assistant professor of chemical engineering and energy policy at the University of Pennsylvania’s Kleinman Center for Energy Policy. Only carbon removal can avoid the worst impacts of climate change, he says.

According to estimates, at least 1 billion tonnes of carbon will need to be stopped from being emitted yearly. A thousand or more carbon sequestration facilities will be needed across the US along with pipelines to transport carbon there. Carbon removal will be essential to make up for other greenhouse gas emissions, like methane, nitrous oxide, and fluorocarbons. These are harder to mitigate than carbon dioxide. 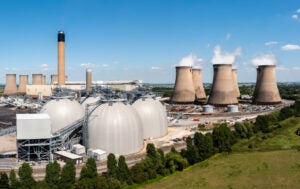 There are two types of carbon removal systems. One captures and hides away carbon at the point of creation — like in the creation of biofuels. The other approach takes carbon out of the air.

These carbon removal technologies include engineered solutions and natural capture through changes to the use of farm and forest land. Agricultural land can sequester more carbon when planted with perennial crops and cover crops. Forests suck up more carbon than urban areas, so bringing forests back by planting trees or letting nature take over can help lower carbon levels.

Direct air capture, on the other hand, is an engineered carbon removal approach that takes carbon dioxide from the air and sequesters it underground. The technology exists for direct air capture, and it is a solution that can be implemented anywhere on Earth and scaled up to meet demand. It’s currently just about three to five times more expensive than other carbon removal approaches, says Chris Jones, professor of chemical and biomolecular engineering at Georgia Tech.

Various sources including the Princeton Net-Zero America Report have some predictions of what a net zero 2050 will look like. Your lifestyle will look a bit different. You will drive one of more than 200 million or more electric plug-in cars on the road. You’ll charge it using one of 3 million public charging ports when you’re on the go.

As you’re driving, you’ll see more land used for wind or solar. You may see parts of the national carbon dioxide transportation network or plants taking carbon from the air, per Jones.

At home and work, energy-efficient heat pumps will decarbonize heating and cooling, replacing at least 80 million furnaces and air conditioners.

“In general, net zero will look like a more efficient system,” Rubin says,” because efficiency is, in many cases, the cheapest way of saving energy.” 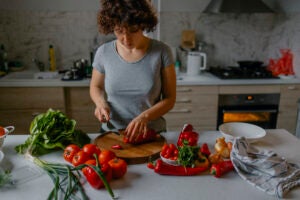 Net zero will bring cleaner air and healthier lives, avoiding up to 410,000 premature deaths from air pollution between now and 2050. The Royal Society reports that eating styles will also need to change to feed a population of 10 billion at net zero in 2050. More sustainable diets of plant-based foods and farmed fish will replace carbon-intensive meats.

The switch from fossil fuels to renewable energies will create a new energy industry. Net zero will create many new jobs, but not without the loss of others. This loss will impact some areas of the US worse than others — especially economies built on creating power from fossil fuels.

The changes required to reach net zero in 2050 will be substantial. They will require a significant financial investment — $9.2 trillion per year on average, an annual increase of as much as $3.5 trillion from today.

These changes are drastic, but they’re doable. The needle needs to move from “if” to “how.” This tipping point may already be here. The 2022 Inflation Reduction Act helps make electric cars, heat pumps, and personal solar power an option for many people, while also funding clean energy to cut emissions by 40 percent by 2030.

“This decade is extremely important,” Psarras says. “The tools are at our feet, and we either pick them up and use them, or we step over them and keep going on business as usual until we’re screwed.” 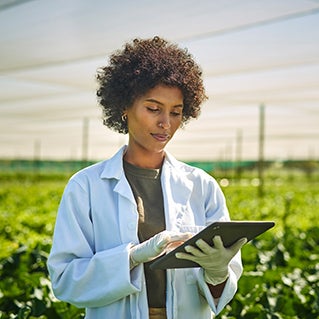 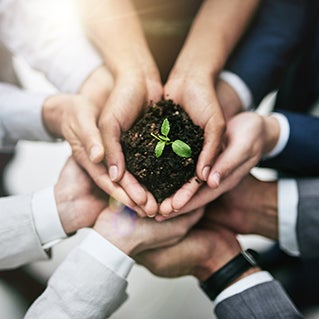 These businesses are seeing how going green pays off

Higher profits and happy employees are among the benefits of an increased focus on sustainability. 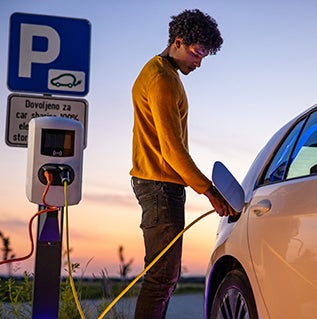 Challenge accepted: Tech solutions in the battle against climate change

These tech startups are leading the way to a sustainable future.