For Mariana Matus, who holds a doctorate in computational and systems biology, every flush of the toilet is an opportunity to learn more about the diseases and viruses circulating in communities, drug use, and even people’s diets. 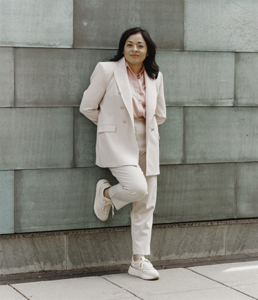 But Biobot’s work has implications far beyond COVID-19. Studying wastewater is a critical public health tool, Matus and her co-founder Newsha Ghaeli say, and one that can help communities better respond to future pandemics while also managing their day-to-day lives. Their mission is to transform wastewater infrastructure into a key source for public health data across the globe.

“Wastewater data has grown from being an obscure area of research nobody had heard about, to being trusted, to today being the main source of truth as to what’s happening with COVID in communities,” says Matus. “Wastewater data is the next weather data.”

The making of a lightbulb moment

Matus, a native of Mexico City, made her way into the sciences after watching a documentary on the human genome in high school. Before that, she says, she didn’t realize science could be a career. “I thought it was something that happened in the past,” she says. She loved applying statistics and computer science to biological problems.

As an undergraduate, Matus studied bioinformatics and then received a master’s of science degree in the Netherlands. After that, she made her way to Boston and to the Massachusetts Institute of Technology where she earned her PhD.

At MIT, Matus studied the human microbiome, or microbes that live on and inside the body, and she worked in the lab of a professor who focuses on computational biology, a field that links the biological sciences with data analytics.

One day, her professor had coffee with a colleague who studies smart cities. “They posed a very simple question,” Matus says. “If we can understand the health of a person by studying their poop, what can we learn about the collective health of our population if we study wastewater?” Matus was intrigued. “It was a lightbulb moment for me.”

The lab received a grant to start a collaborative research project across several MIT labs to gather sewage water samples and analyze its bacteria, viruses, and chemical compounds to discover patterns on eating habits, genetic tendencies, and overall health. The MIT Underworlds Project was tested by the city of Cambridge. 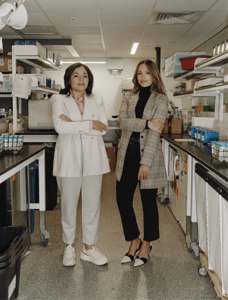 Matus and Ghaeli, who’s an architect, met when Ghaeli joined the lab. As Matus continued her studies, she knew she didn’t want to pursue a traditional career path of academia. At MIT, she discovered entrepreneurship, attending hackathon events with friends. “Entrepreneurship became very compelling,” she says. Eventually, Matus and Ghaeli decided to start a company that would focus on wastewater.

They won entrepreneurship competitions at MIT, and then in the spring of 2018, moved to San Francisco to join the Y Combinator Start-up Accelerator. There they shaped their business pitch for potential investors. The duo ended up raising $2.5 million in funding, which allowed them to hire additional scientists and build the first version of their platform, which focused on testing wastewater for opioids.

The right place at the right time

Their first two years on the market were tough, says Matus. They marketed their product to government agencies, which were wary. At the time, understanding of wastewater data and its potential was lacking. “We spent most of our time educating people and trying to create trust and credibility in our data set,” she says.

Then came the spring of 2020. Matus and Ghaeli had just closed a second, $4.2 million round of funding when health officials started to warn of a mysterious new virus that had been circulating in China. “That changed everything for the company,” she says. “We were at the right place at the right time when COVID-19 hit. We truly believed early on that it wasn’t something that was going to go away in a few weeks.”

While their opioid testing product took 18 months to build, Matus and Ghaeli launched their COVID-19 product in just four. “Since then, it’s been wild,” she says.

The company has raised another $21 million in capital and grown from five to 85 employees and counting. Biobot Analytics has customers in every U.S. state and Canada. Matus has testified before Congress on the usefulness of wastewater data. “It’s an area with broad bipartisan support,” she says. Lawmakers increasingly view the data as a central part of the public health infrastructure. Biobot is also seeing more demand from places like nursing homes and employers with office buildings and warehouses.

Their customers are not only focused on COVID-19, though, but also on learning more about the presence in their communities of high-risk substances like methamphetamine and cocaine, as well as respiratory viruses like RSV, influenzas, gastrointestinal pathogens, and now even Monkeypox.

Ultimately, Matus and Ghaeli see the appeal of wastewater data spreading globally. They’re looking to expand into other countries, first by increasing their presence in Canada and then by forging into other nations, including those in Latin America.

Unlike most other traditional health data, Matus and Ghaeli believe wastewater data should be made widely available to the public. “We don’t want wastewater data to become red taped and only available to certain people,” Matus says. “We really have the opportunity to create a global public health observatory, and we believe this data should become pervasive in society to help inform how much risk we’re willing to take.” 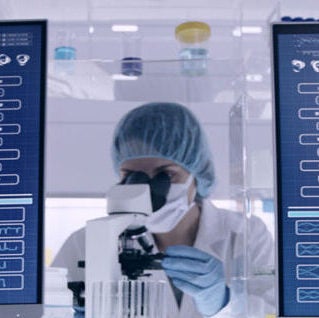 The future is bright with science and technology 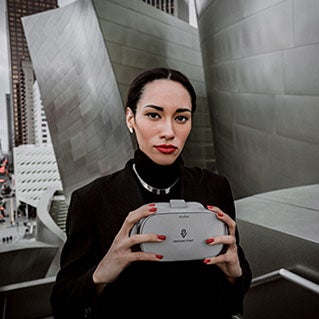