For some reason, people tend to gravitate to the term “old-fashioned” when trying to describe Cruz Companies, a construction, development, real estate management, and relocation firm in Roxbury.

Perhaps it is understandable. The company has some age: It is one of the oldest and largest minority-owned companies in the Northeast. And it admittedly prides itself on old-fashioned quality, old-fashioned values, and even an old-fashioned management and corporate structure that includes several members of the extended Cruz family. Today, three generations of the Cruz family are now involved in running aspects of the companies.

But if Cruz Companies is what old-fashioned looks like, some of its current competitors might want to take a page from its playbook. In describing the 68-year-old firm, which he inherited from his father “Bertie,” John B. Cruz III, now the president and CEO of the corporation, can sound more like a philosopher or community activist—or even a politician—than your typical hard-as-nails contractor and developer.

“We do more family-oriented, affordable housing than other companies, not because it’s a business niche but because of our upbringing,” Cruz said. “We know how difficult it is for the less fortunate to find housing and we want to help fill that need.”

Cruz is the son of first generation Cape Verdean immigrants and he spent summers and weekends working for his dad’s carpentry and subcontracting firm. Relatives, many of whom also worked in the company, surrounded him.

“We had nine aunts and uncles on my father’s side and 11 on my mothers side,” he said. “My father had a house, but most of my cousins either rented or lived in public housing. It didn’t mean they were bad people or didn’t have character. So it’s always been an issue with us to provide affordable housing.”

Cruz credits his high school guidance counselor, John D. O’Bryant, for focusing him on what he wanted to do with his life. “He told me to look at my father’s business and consider what I might be able to grow that company into,” he said. “So I looked around at the companies that were building things, the ones with cranes in the sky, and they all had names like Perini, Vappi, and Volpe, all Italians. I did a little background check on them and thought I’d like to be like Perini Company.”

Since then, the company has grown from two carpenters to a multi-disciplined real estate company consisting of John B. Construction, Cruz Development Corp., and Cruz Management and Relocation LLC.

The construction company is responsible for landmark projects and developments across the region, such as the Boston Police headquarters, the Fortress Building, and the Reggie Lewis Track and Athletic Center. Earlier this year it closed on a $9.4 million low income housing tax credit transaction financed by Rockland Trust for the acquisition and rehabilitation of Verdean Gardens, a 110-unit affordable housing development consisting of eight buildings spread across six sites in the south end of New Bedford. “The reason [Bertie] started a business was, as a carpenter, he couldn’t get steady work because of discrimination. So out of adversity came an opportunity and that’s always been our model,” said Cruz. “Our philosophy was always, ‘You have to be twice as good to get half as much.’”

Discrimination, he said, still exists but he shrugs it off as though it comes with the territory. “I’m thankful for what we’ve accomplished and I don’t believe discrimination keeps you from succeeding, it only affects the degree to which you can succeed.”

A hard-earned record of success

Now, with 72 employees, Cruz Companies has completed residential and commercial projects totaling more than $500 million in the last 40 years, including single projects with budgets approaching $40 million. It also participated as a partner in a joint venture with the Gale Wentworth Company, which completed One Lincoln, the 36-story, one-million-square-foot office building housing State Street Bank headquarters at a cost of $325 million.

It hasn’t always been easy.

“We’ve been through several recessions but the most recent one was the worst,” he said. “The secret to survival is old-fashioned conservative management and saving for a rainy day. The period of 2007 to 2012 could have ruined us. We had just broken ground on a 54-unit subdivision in Dorchester when the recession hit. But we were able to keep it going and we’re just selling the second phase now. I think we’re looking at maybe three years of prosperity now, but I’m already looking out at the horizon to see if the bubble is going burst somewhere.”

Cruz Management Co., meanwhile, under the direction of John’s son, Justin, serves tenants in more than 1,600 units in Boston and New Bedford, many of which were developed by Cruz Development—headed by first cousin Daniel Cruz Jr.—and completed by Cruz Construction.

Throughout the company’s growth, the mission of “Cruz CARES”—an idea that was formalized as a non-profit organization to help Boston’s urban community—has guided the company.

“It’s something we created in 2000 as an arm for the company’s outreach to the community to provide community, arts, recreational, and educational services. That’s what CARES stands for,” said Justin Cruz. “The idea for Cruz CARES actually came out of the culture of the family: a large family all pulling along to help one another,” said John Cruz. “We thought we should be guided by that because we really do care. We’re always looking to put the ladder down to help someone come up.”

“It helps the business because it shows other people in the community what companies should be doing,” Cruz said. “We’re proud of the amount of money we put back into the community with payroll and hiring contractors of color. We walk the walk and talk the talk. We know we’ve contributed to our own success, but also to many other people’s.”

Daniel Cruz, along with John and other leaders within the companies, believes that real estate development should provide economic opportunities for the people in the community, including:

◦       Hiring other minority businesses through subcontracts

Cruz Companies is now expanding and has a $21 million, 96-unit elderly housing development in College Park, MD in the pipeline, along with two projects in the Boston area totaling 123 low-income housing units valued at a combined $58 million.

John Cruz said at times there are up to a dozen family members working in the company. The executive roster is dotted with other Cruz family members. Surprisingly there have been few to no squabbles or problems with succession or management issues.

“My philosophy is, maybe in future years when there are greater profits and assets in the company, maybe there will be problems like that,” he said. “But when you’re swimming together as a family and a collective unit, they really are minimal. You have to keep in mind that when you’re a minority-owned business, you’re representing more than yourself out there. For example, our success or failure will reverberate more in the minority and majority communities because of who we are and what we stand for.” 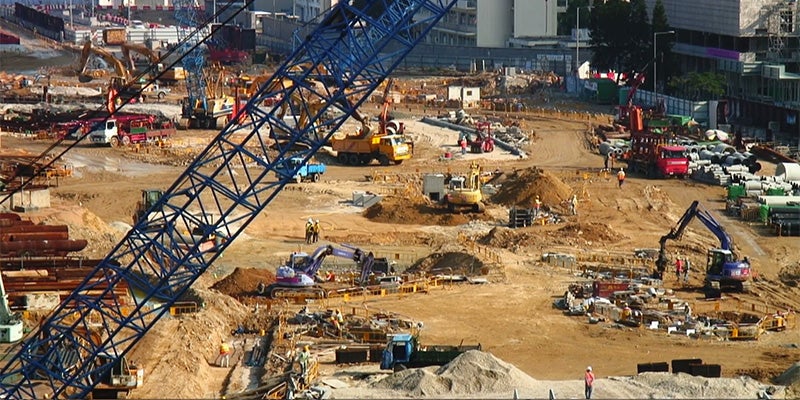 Leasing equipment may be best option for businesses