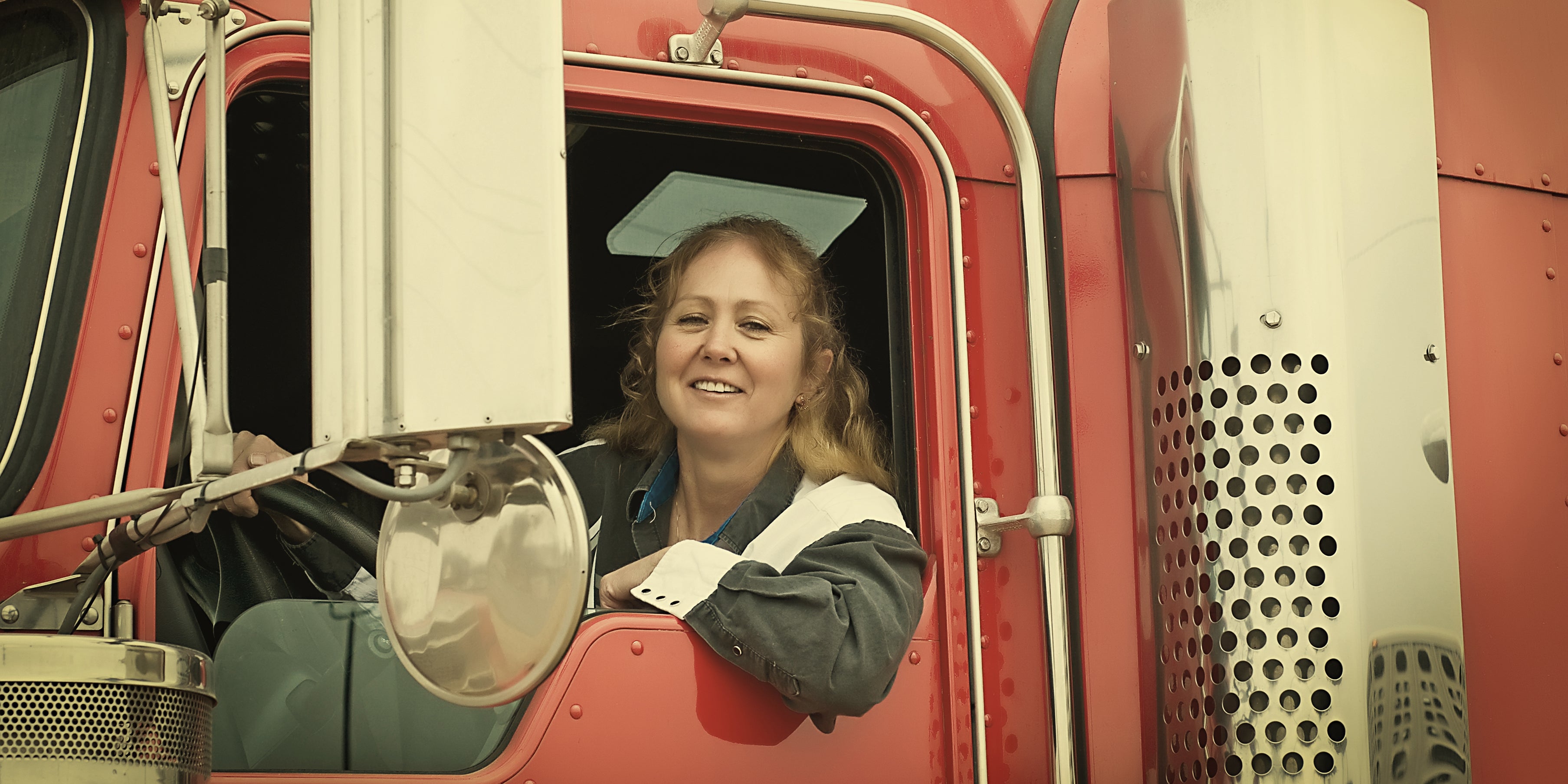 One of the last major industries to embrace technology is not exactly speeding ahead. If anything, it’s tapping the brakes pretty hard on a digital revolution.

A large swath of the nation’s truckers, who have relied on pen and paper to record and log their trips and time, are fighting a mandate from the Federal Motor Carrier Safety Administration to require trucking companies to install electronic digital log devices, or ELDs, that automatically record trips and hours spent behind the wheel.

Why is this change being pushed now?

Frequently, advocates for better regulation point to the 2014 highway crash that badly injured comedian Tracy Morgan and killed comedy writer James McNair. The truck driver that slammed into the rear of Morgan’s limousine had been awake for 28 hours, much of it driving, according to testimony. Transportation officials say the electronic devices, which would alert trucking companies to the number of hours drivers have spent on the road, could reduce the number of accidents caused by exhausted drivers.

Is the mandate only about safety? No. But safety is a big part of it. The motor carrier administration says the move, perhaps the biggest change to hit the industry since deregulation, is slated to be put in place late next year and will save money, reduce the number of accidents by helping keep tired drivers off the road, and prevent drivers from falsely boosting their hours by fudging numbers. The administration predicts the regulation could save 26 lives per year and prevent 562 injuries.

So why is the trucking industry opposed to it?

Drivers, particularly the 158,000 represented by the Owner-Operator Independent Drivers Association (OOIDA), believe the new regulations are misguided: too costly, too intrusive, unnecessary, and are a “misdirected attempt to deal with the root causes of hours-of-service violations.” The association says many in the trucking industry, which is already suffering from a severe shortage of drivers and razor-thin profit margins, will be put out of business by the onerous mandate.

Has this issue come up before?

Yes. The drivers association successfully challenged a similar call for electronic monitoring in 2012, but so far have been discouraged by the courts in its latest objections. Although a new lawsuit against the FMCSA could be appealed, it’s pinning hopes on a new presidential administration and new secretary of transportation to overturn the mandate. The rule will affect an estimated 3.4 million drivers nationwide.

“I would not go out and buy an [electronic logging device] right now,” Jim Johnston, OOIDA president and CEO, advised his members.

Is the entire trucking industry against the change?

Not at all. The mandate, which was unanimously upheld by the U.S. Court of Appeals in October, has some major allies in other trucking company associations, seemingly pitting big trucking companies against smaller ones and independent drivers. The Washington D.C.-based American Trucking Association and the Trucking Alliance, as well as the Advocates for Highway and Auto Safety, each filed briefs in support of electronic logging devices. The case could still go to the U.S. Supreme Court.

What’s their argument in support of the electronic logging devices?

The American Trucking Association’s brief lays it out pretty clearly: “The [ATA] and its member companies […] have a strong interest in seeing the final rule implemented so that all motor carriers operating in interstate commerce who are subject to the rule’s terms will benefit from improved [hours of service] regulatory compliance and reduction in fatigue-related crashes.”

What happens when a trucker or trucking company is caught recording false hours? Is there any research to support the change would make a difference?

So truck drivers must have other worries, then, right?

Absolutely. They also fear the logging devices could be used by law enforcement to determine whether a truck has been speeding or violating other rules of the road, which they believe would violate their Constitutional rights.

What are local truckers saying?

That much of the concern about ELDs is overblown. Most mid-to-large-sized trucking companies have already installed ELDs and reports from the road are mostly positive. “We were an early adopter,” says John Hamel, president of J&S Transport in Lynn, a family-owned trucking company with a fleet of 14 trucks and 12 trailers. “We’ve been running them for nearly three years now and we’ve found them to be beneficial. The acceptance by the drivers has really been phenomenal.”

Hamel, chairman of the Massachusetts Motor Transportation Association, concedes there was some resistance by drivers initially but he chalks that up to common technophobia or unwillingness to change.

“When the system goes down, the drivers have to revert to the old paper method and, frankly, you should hear the complaints from drivers asking when the heck are the ELDs going to be back online,” he says. “They no longer want to bother with pen and paper.”

A few, involving productivity and cost. Hamel says claims of double-digit declines in productivity after installing ELDs seem to be exaggerated, from his perspective.

“We actually haven’t seen a reduction in productivity,” he says. “With the electronic logs, we can also do pre-and-post trip inspections automatically so the driver doesn’t have to write down all that information. It saves them time.”

The cost of the devices can be a negative factor, Hamel says, but even some of those fears are misplaced.

“There is a cost to it,” he says. “But the cost of time and having to work with paper is an offset, so the costs could balance out.”

How expensive are we talking here? Two decades ago, when digital logging systems were first introduced, trucking companies paid up to $2,500 for a single device—a number that still gets used to this day. But prices have actually dropped dramatically, mostly because of smartphone and tablet compatibility options and falling technology prices generally.

The FMCSA said the average annual cost of an ELD is about $500 per truck, a fraction of overall operational costs when fuel, liability insurance, equipment, and permit costs are factored. A cost-benefit analysis by agency found the new rule would cost the industry about $1.8 billion to implement, but that fewer crashes and less paperwork would save $3 billion.

Is this the biggest crisis facing the trucking business?

Hardly. Hamel thinks the truckers’ trade groups could better spend its time trying to reduce general regulation, insurance, and health care costs, which he says have increased 40 percent in the last three years.

“The industry is 40,000 to 50,000 drivers short at the moment, and we don’t see a lot of new people coming into the industry,” he says. “We’ve got to let young people know that a career in this industry can be very worthwhile.” 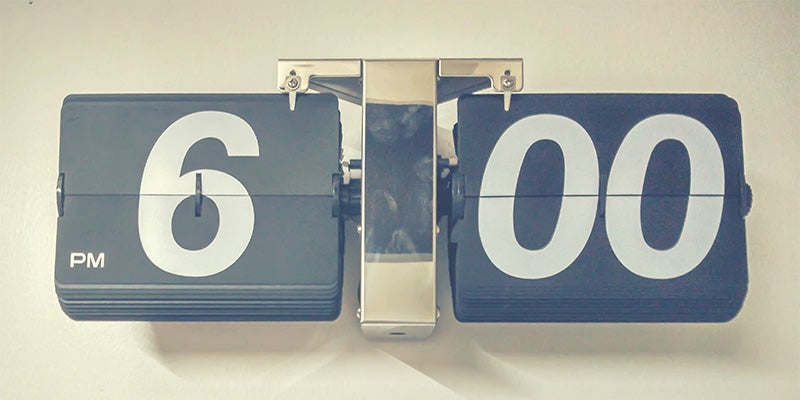 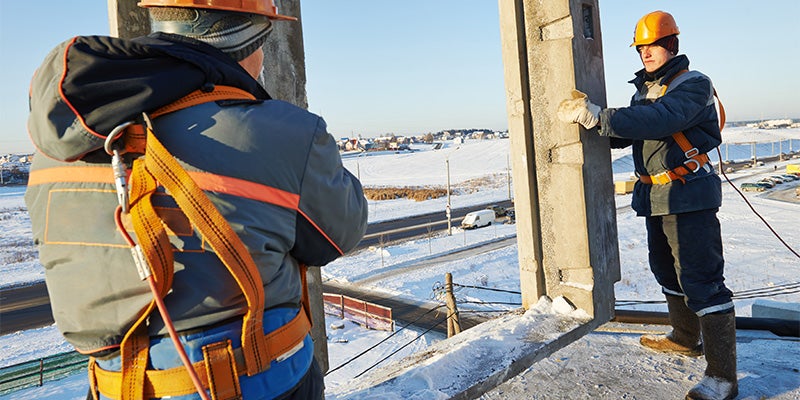 Simple tips to boost your restaurant’s business this holiday season