One day in July, an Eastern painted turtle attempted to make its way across two lanes of traffic on Route 6 in Orleans, on Cape Cod. It was a busy summer day, with traffic speeding along in both directions. Nobody seemed to notice the turtle as it moved from the shoulder toward traffic — except for Stephanie Ellis, who happened to be driving eastbound on Route 6 at the time. “The turtle was moving at a good clip, and I swerved to avoid her,” says Ellis, who was on her way to work. “My heart sank because I thought, ‘that turtle is not going to make it.'”

Hoping to save the turtle’s life, Ellis leaped into action. She drove off the eastbound exit, got back on Route 6 West, and hurried toward the turtle. When she reached it, she pulled her car safely off to the side of the road.

“Unfortunately, she had already been struck by a vehicle, but she was alive,” Ellis recalls. “So I called the Massachusetts State Police for a road assist, and an officer came right away.” The police officer stopped traffic in both directions on Route 6. Then he gently retrieved the turtle and handed it to Ellis.

“Sadly, the turtle had grave injuries and was taking its last breath,” Ellis says. “But I was glad I was there. I did not want to leave an animal suffering on the highway. And I was so grateful for the compassion shown by the state police officer.”

A dramatic, traffic-stopping turtle rescue would stand out as an exceptional event for most people. But it was business as usual for Ellis, one of 2021’s Everyday Heroes and the executive director of Wild Care, Inc., a nonprofit in Eastham, Mass., that rescues, rehabilitates, and releases injured, ill, and orphaned wildlife on Cape Cod. For 27 years, Wild Care has cared for over 30,000 animals representing 275 species, including songbirds, seabirds, waterfowl, raptors, amphibians, reptiles, small mammals, and even butterflies.

Ellis took over as executive director in 2016. Since then, she has worked closely with a small staff of dedicated wildlife rehabilitators and assistants, along with hundreds of volunteers.

Wild Care operates out of a set of buildings located on the Eastham side of the Orleans Rotary. When people come across wildlife in distress, they call Wild Care’s helpline at (508) 240-2255 to arrange a rescue.

Although Ellis is thrilled to be named an Everyday Hero, she feels her animal care staff are the true heroes.

“They are on the front lines receiving the calls, doing rescues, and responding to wildlife in distress 365 days per year,” she says. “I feel so grateful to this team of individuals. Together, we are giving wildlife a second chance and making a difference, one animal at a time.” The types of wildlife that the group treats vary based on time of year and weather conditions. In the spring and summer, Wild Care’s rehabilitation and critical care rooms are filled with dozens of orphaned baby birds — including songbirds and hummingbirds — along with injured birds, such as common loons, eastern screech owls, gulls, and osprey. Wild Care also takes care of small baby mammals, such as Eastern gray squirrel pups that fall from trees and white-footed mice without mothers.

In addition, many turtles — like the painted turtle Ellis attempted to rescue on Route 6 — are brought to Wild Care after being injured as they cross roads in search of a place to lay their eggs.

Fall and winter storms can also take a toll on wildlife. In late October of this year, a severe nor’easter known as a bomb cyclone hit Eastern Massachusetts. The impact on Cape Cod wildlife was especially severe, because the storm occurred at a time of year when many young seabirds were in the midst of their first migration.

“When the seas are high and there are heavy sustained winds and rain, the birds can’t feed or rest. They may get weak and disoriented, and get blown onto shore,” Ellis says. “People were calling and showing up at our door with animals, and our rescue team gathered so many birds, including Northern gannets, a great shearwater, a red-tailed hawk, and a pied-billed grebe.” Wild Care has the highly trained staff and specialized equipment needed to help distressed wildlife survive and thrive. Consulting veterinarians provide treatment and surgery, and wildlife rehabilitators, interns, and volunteers care for animals, some of which require feeding as often as every 20 minutes.

State-of-the-art therapy pools with running warm or cold water offer seabirds and waterfowl a safe place to exercise and rebuild their strength. And recuperating birds can practice flying in a large roundhouse on the Wild Care grounds.

After animals recover, Wild Care staff release them back into the wild. Whenever possible, adult animals are released in the same location where they were rescued and where they are familiar with the habitat, predators, and food sources. “It is a thrilling thing to see, watching a rehabilitated bird or other animal take off on its own,” Ellis says.

Birds that require open-water release are taken out to sea by volunteer boaters, the Center for Coastal Studies, or the U.S. Coast Guard. “We are very fortunate to have community support for the work that we do,” Ellis says. A responsibility to wildlife

Ellis believes that every living thing, from the tiniest mouse to the most magnificent bald eagle, deserves a second chance after injury or illness.

Like the turtle crossing Route 6, “most of the wildlife brought to us has been impacted in a negative way by people,” Ellis says. “I feel it is our job to learn about these impacts, to help these animals recover, and to teach people how to reduce human impact on animals. We have a responsibility to help fix some of the problems we are causing.” 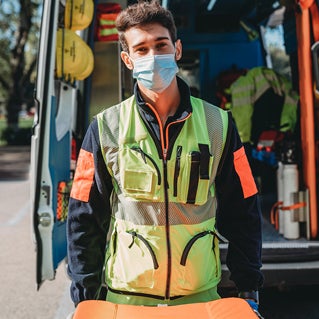 Everyday Heroes: Spreading good in New England and beyond