Meet the chefs of The Street

Downtown Boston isn’t the only place to find world-class dining options. At The Street in Chestnut Hill, you’ll find a delicious mix of culinary talents.

These days, Boston proper isn’t the only hub of top-tier restaurants. Just beyond the city, well-known chefs are flocking to The Street in Chestnut Hill to test their culinary chops in a more suburban setting. This means that whether you’re craving seasonal wood-fired fare, chef-driven ice creams, or a homey Italian dinner paired with wine, The Street is home to a roster of culinary talents who are prepared to please your palate. Chef Tim and Nancy Cushman have a soft spot for Chestnut Hill. In fact, it’s the first place they lived when they settled in Boston over 20 years ago. The Cushmans have made a name for themselves in Boston and beyond with Japanese small plates at O Ya and Hojoko. More recently, the couple has also gotten into the fast-casual market with Ms. Clucks Deluxe Chicken and Dumplings Gogo Ya.

The Cushman’s exclusive concept for The Street, Bianca will host a dynamic menu that will evolve over time. The use of fiery techniques like smoking, rotisserie cooking, and grilling over live flames give the chefs at Bianca a chance to explore a range of flavors from various cultures with “maybe just a little twist,” the Cushmans write in an email.

The bright, airy space is made up of a bar, banquette, table seating, a private dining space, and two patios for warm-weather dining.

And as for the name, Bianca means “white” in Italian. Instead of being a reference to Italian cuisine, though, this translation refers to a blank page. The Cushmans say that they want to create a restaurant where the menu can grow to accommodate the tastes of Bianca’s diners, teasing, “We don’t like to say too much before we open because we like guests to tell us … We intend for Bianca to be a place that will offer something for everybody.” From there, Mason went on to work with Wylie Dufresne at WD-50, a major player in the molecular gastronomy movement. Back in the early aughts, when Mason was heading up the pastry department at WD-50, his playful and creative desserts foreshadowed the unique OddFellows flavors to come. During a time when combining savory elements into desserts was about as out there as could be, Mason was plating a sweet riff on breakfast that combined brioche French toast with brown butter ice cream and maple gelée, finished with a crumble of salty, smoky bacon.

Mason then went on to open his own restaurant, Tailor, where he dove headfirst into a menu that was packed with off-the-wall flavor combos. Cocoa caramel sauce complimented foie gras, peekytoe crab was paired with pineapple, and passion fruit juice was the poaching liquid for Arctic char.

If Mason’s creations seem like they stem from the same intuitive place as pregnancy cravings, it might be because that’s exactly how OddFellows came to be. During his friend and co-founder’s wife’s pregnancy, Mason spun up a few pints of pretzel ice cream to satisfy a craving, and so began OddFellows’ run of 250-plus out-there ice cream flavors. After coming up with so many scoops, choosing a favorite isn’t easy for Mason. “I love them all for a little while,” he says.

With New Englanders’ year-round infatuation with ice cream, it’s no surprise that OddFellows chose The Street Chestnut Hill as the location for its first parlor outside of New York. Taking full advantage of Boston’s thriving food scene, the menu at The Street includes a rotating, exclusive flavor collaboration with local Boston chefs and personalities called Boston’s Finest x OddFellows. A spate of seasonal flavors, riffs on classics, and dairy-fee options are joined by an elevated beverage menu that features local beers, natural wines, and coffee from Stumptown and Equator. Over-21-year-old ice cream enthusiasts will enjoy a line up of adult desserts, including boozy frappes, affogatos, and floats, making OddFellows’ Chestnut Hill shop an ideal spot to treat the whole family. Chef Ron Suhanosky’s might be a New Englander at heart, but it’s his love of all things Italian that has been an inspiration throughout his career. Over the years, Suhanosky has had the pleasure of living and cooking in some of Italy’s most delicious regions, including Emilia Romagna—the birthplace of Parmesan, prosciutto, and balsamic vinegar. After cooking in some of New York’s most prestigious kitchens, Suhanosky made his way back to Boston, working under local powerhouse Lydia Shire at Biba. Then, during a tenure at Sfoglia, a pair of restaurants that he co-owned in Manhattan and Nantucket, Suhanosky authored a James Beard-winning pasta-centric cookbook.

Chef Ronsky’s, a pop-up breakfast and lunch spot at The Street, was similarly inspired by eating Italian style. Beginning as a three-month endeavor, Ronsky’s offered ricotta zeppole and breakfast sandwiches, as well as paninis and salads for lunch. A series of Sunday dinners made way for the transition from pop-up to permanent trattoria, where Suhanosky can get back to his true passion: handmade pasta.

The menu at Chef Ronsky’s is straightforward with a selection of five antipasti and pasta courses (“more pasta than mains,” Suhanosky clarifies), daily meat and fish, rounded out with a dessert selection featuring panna cotta, bread pudding, a seasonal fruit crostata, and affogato. Bonus: Ronsky’s first-rate sommelier can pair any meal with the perfect wine.

Recreating the camaraderie that he felt in Italian trattorias, Suhanosky has opted to keep the space small and intimate, encouraging diners to chat and make personal connections over the dishes that he feels so connected to. “It’s the true definition of restaurant, a local joint,” Suhanosky says. 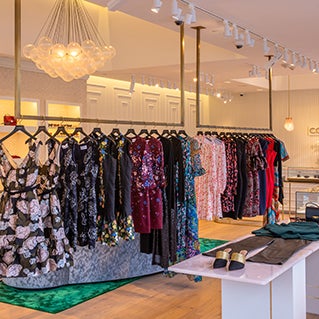 Sponsored by The Street Chestnut Hill