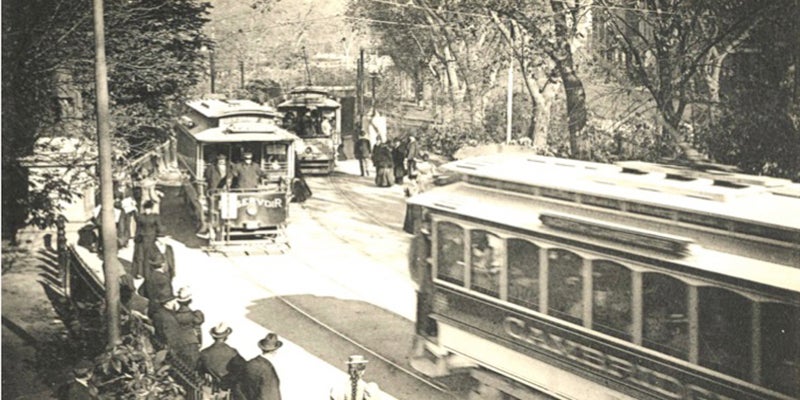 There are only a few men in history who can rightfully claim at least some credit for helping Boston open America’s first subway on September 1, 1897 — on time, and even under budget.

There was Mayor Nathan Matthews, who many call the father of Boston’s subway for his role in getting the skeptical public on board with the idea in the early 1890s.

There was Henry Melville Whitney, the silver-haired, nearly deaf Brookline businessman who controlled the West End Street Railway Company and who was the first person to boldly propose digging a subway tunnel under Boston Common back in 1887.

There was Michael Meehan and Edwin Jones, the Jamaica Plain contractors who dug and built the first leg of Boston’s subway, the stretch along Tremont Street from Boylston to Park. But none of those men can make the claim that Frank Julian Sprague can make. Because without his invention of an electric motor traction system that could power an entire urban transit operation, Boston’s subway would have been delayed years — maybe even decades. Until the electric motor came along, streetcars and subways were powered by all sorts of things — batteries, horses, cables, and coal powered steam — all of them expensive, unproven, inefficient, or ill-suited for city life.

So, just who was Frank Sprague? An unsung hero in American engineering history and the deserving subject of  a new PBS American Experience documentary about Boston’s subway history called, “The Race Underground,” Sprague got lost in the wake of  Edison, Morse, Bell, and Tesla.

Here are 10 things you should know about the man who helped America’s first subway, the T, become a reality: