It was a shock when I returned a call to a doctor and was told, in 2006, that blood tests indicated that I had multiple myeloma. I remember initial internet searches suggested that I probably had less than five years left to live, so I thought I should start getting my affairs in order.

As a result of advances in the treatment of myeloma, brought by scientists like you, the median survival for myeloma patients has increased significantly since my diagnosis and is continuing to increase. I know that “median” means half don’t do as well, and I feel very blessed to be a 15-year myeloma survivor.

Following my diagnosis, there were a couple of years of learning a whole new reality. My treatment impacted my cognitive abilities so that I was no longer able to work as a physical scientist, developing signal processing systems for underwater sound for the Navy. So, I retired a few years earlier than I intended and started “drinking from a fire hose” of information about myeloma. That fire hose of information included the rapid developments of treatments for myeloma, leading to myeloma increasingly feeling like a treatable chronic disease, rather than the terminal disease from my initial research. Even so, I know of patients who do still find themselves in a short fight with myeloma, with none of the new treatments providing the survival for which we all hope.

My 15 years have brought me many blessings. My wife and I look forward to celebrating our Golden Anniversary this coming February. I have enjoyed some bucket list travel. I live four doors down the street from my younger son, his wife, and 11-year-old grandson and 9-year-old granddaughter. Watching our grandchildren grow and enjoying daily interactions has been a very special experience, which I hope I will be able to continue for as long as possible.

My longer-term survival has also enabled me to take a leadership role in my local Myeloma Support Group and reach out to newly diagnosed myeloma patients with the hope my story provides. While I remain very interested in new treatments that will benefit or even cure me, I  am also very aware of a continuing need to find ways to extend the survival for those patients who are on the other side of the median.

Beyond survival, we also need to ensure there is quality of life. Many myeloma treatments do impact the lives of patients, even as they extend their survival. Ideally, new treatments will have minimal side effects and allow patients to live as nearly normal lives as possible.

So, I am asking the impossible of you: help develop efficacious treatments that will continue to increase the survival of myeloma patients and have few or no side effects on patients. 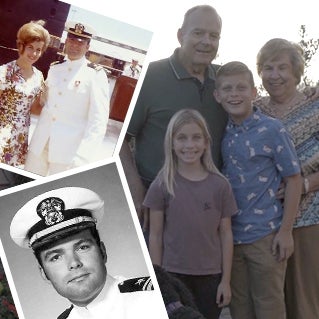